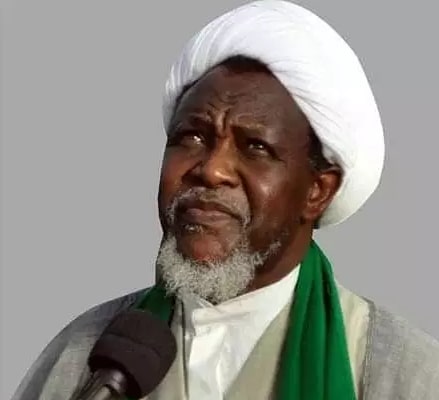 186 doctors from Pakistan, India, Iran, Afghanistan, Syria, Lebanon and Iraq have written a letter to President Muhammadu Buhari pointing to Sheikh El-Zakzaky’s physical conditions and asking the Nigerian government to transfer him to a well-equipped hospital as soon as possible.

The letter was published today by Fars News, an Iranian news agency. The report did not indicate what date the letter was written by the doctors or whether it was written after a Kaduna High Court last week approved a leave for El-Zakzaky and his wife Zeenat, to seek medicare in India.

The Department of State Services said after it was served with the court order that it would comply with it. Zakzaky has been in detention since December 2015, following a clash between his Shiite adherents and the Nigerian military.

About 300 Shiite members including three of El-Zakzaky’s children were killed. Many were buried in a mass grave.

Fars New quoted one of the signatories to the letter, Dr. Pourrahim Najafabadi, as saying that Zakzaky needs to be cured by an experienced medical team of physicians in a specialized multi-specialty hospital outside Nigeria.

“With the current physical condition of the Sheikh, especially the virulent lead poisoning, Sheikh’s life is seriously at risk by delayed treatment.

“Meanwhile, there is a need for special medical care even in case of complete medical treatment. There is serious risk to Sheikh’s life if he is kept under detention,” said Najafabadi, the founder and spokesperson of a group of expert physicians who have volunteered to treat Sheikh Zakzaky.

Here is the full text of the letter:

“In the name of God, The healer

From the community of Doctors

To the President of the Republic of Nigeria, Mr. Buhari.

We have chosen to be doctors even after knowing that this job is very difficult and troublesome, but we chose to save people’s lives and preferred the health of the society over our personal interests.

According to the medical reports regarding the health status of Sheikh Ibrahim Zakzaky:

1. He is suffering from a total blindness in the left eye, and is also suffering from vision problems in the right eye including glaucoma and progressive macular atrophy. According to the diagnosis of the visiting physicians, Shaikh Zakzaky will lose his vision sooner or later if the current circumstances do not change.

2. He has shown symptoms of Ischemic heart disease which can lead to Myocardial Infraction.

3. He is also suffering from severe cervical spondylosis which has resulted to nerve root compression and symptoms are progressive causing insomnia.

4. The experiments show that he has heavy metal toxicity including Lead and Cadmium. Laboratory tests that are performed on May 31st, 2019 show that blood lead level is 171.94µg/dl. Later on June 18th, 2019 this level was reported to be 231.48µg while in the last laboratory test the blood lead level was three times more than the toxicity level (grade 5 of poisoning).

Based on the points highlighted above, Shaikh Ibrahim Zakzaky should be transferred to a well- equipped medical center that has Neuro-ophthalmologist, glaucoma specialist and low vision expert, cardiologist, orthopedist and neurologist. Also he may need to have a surgery to reduce intraocular pressure.

We, doctors of different nationalities cannot take the health of any human for granted. This is something that is inherent in our obligation as doctors. Ignoring the critical health status of Sheikh Ibrahim Zakzaky can end up in irreparable consequences.

We request the government and parliament of Nigeria to immediately transfer him to a well-equipped hospital to prevent any unfortunate incidents.

A group of doctors from Pakistan, India, Iran, Afghanistan, Syria, Lebanon and Iraq

Drama As AAC Party Outcast, Leonard Nzenwa Expels Sowore From His Own Party
Meet The 7 Female Ministers In Buhari Cabinet