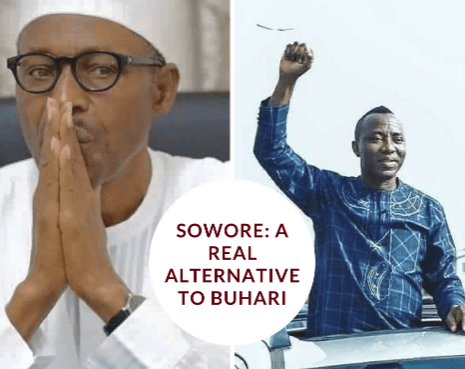 Top Nigerian celebrities have finally reacted to the unfair arrest of ACN convener Omoyele Sowore and other freedom fighters across the nation.

For Nollywood actress Ireti Doyle,  the police brutality recorded was totally uncalled for. “There’s nothing more satisfying than finally shaking off a manipulative narcissist. Their utter confusion when buttons hitherto pushed no longer have the desired effect is priceless. It doesn’t matter where you stand politically, you have to admit (at the very least) that it’s a curious case when a nation deploys its security apparatus against unarmed citizens while armed bandits roam free; killing, stealing and destroying at will.”

Seun Kuti noted that everyone arrested, including Sowore, in connection with the protest have a fundamental right to express their grievances. “A government that cannot pay good minimum wage, give us good education, good hospitals, good security, good jobs, homes for the homeless, etc, still has no shame but has the mind to arrest an innocent brother, Sowore, who is trying to highlight these issues. DSS should release all the freedom fighters they arrested all over Nigeria yesterday. You left the real shadow criminals in government to walk freely but incarcerate freedom fighters. What kind of government is this Buhari’s? What’s wrong for someone to protest because he is suffering in his own country? Buhari, as citizens of this country don’t we have rights to fight for our rights”, he said.

Falz, described Sowore’s arrest and police brutality on journalists and protesters as a buildup of the government’s continuous lack of value for innocent lives. “What we are facing is a buildup of the several years of neglect of the welfare of our people; our government’s constant disregard for the loss of lives of many Nigerians. Organizing a protest march does not in any way amount to treason. Free Sowore immediately”, he said.