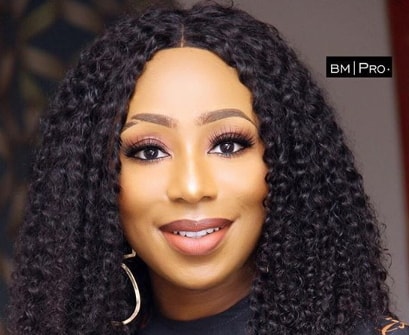 In a recent chat with Channels TV, the actress said she later realised that her decision to stop playing romantic roles was affecting her growth in the movie industry.

Upon realization, she said she had a conversation on the matter with her husband, Olumide Akande.

She made the disclosure during an appearance on Channels Television’s Sunrise, where she was asked if her marital status plays a role in her choice of roles.

“I consider it (marital status). That’s for sure because certain scenes, roles can cause some friction.

“And I have done some of those roles recently. I did try for a long time to run away from romantic roles, but I was not growing, I wasn’t challenging myself. And I did not want to censure myself any longer.”

The 40-year-old star of ‘Isoken’ also spoke on her decision to take a brief hiatus from filmmaking after her marriage in 2011.

“I wanted to be 100 percent a mom and a wife because I got pregnant quickly after, and that took me away.

“I wanted to really focus and be a mom to my kids. And just when I had the first one, I got pregnant with the second one. By then, I had already started coming back to film. I had shot ‘Journey to Self’, ‘Unconditional Love’.”

Egbuson-Akande, who dropped out of the University of Lagos midway into her degree programme, said she is happy with the paths she has taken in her career and life.

Nollywood Actor Emmanuel France: My Experience Living With Ghost Of Man Who Died In Ghana & Travelled To Nigeria
How Kleptomaniac Nollywood Actress Yetunde Akinlapa Was Arrested For Burglary In Ketu Lagos