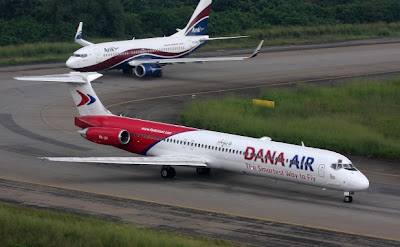 The operating license of Dana Airline has been suspended again following a tragic plane crash that killed 163 people in Lagos in June 2012.

The Nigerian Civil Aviation Authority, NCAA, said on Sunday night that Dana has been suspended for precautionary measures after the airline had an air return.

“I can confirm the suspension of Dana Air’s operations to you,” said Fan Ndubuoke, spokesperson of the NCAA.

“They had an air return from Port Harcourt and they have been suspended for precautionary measures. The airline is under investigation,” he said.

He said he did not know how long the suspension will last.