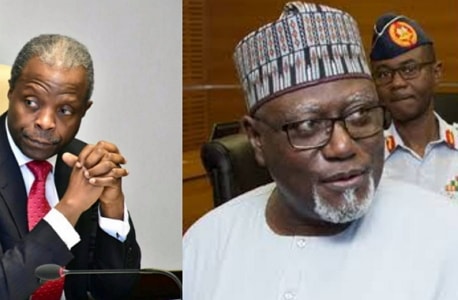 We recently called your  attention to the dangers to our democracy of rising deployment of security apparatus and ancillary agencies to resolve political disagreements.

We were agitated by the futile attempt by a band of eight legislators in a 30-member Benue State House of Assembly goaded by the police to impeach the governor, Samuel Ortom. Ironically, an attempt by a presidential aide to distance Buhari from the infamy left the substantive issue of who authorized the partisan deployment of the police unaddressed.

With such a disturbing culture of silence in the face of obvious assaults to democratic norms, the inescapable suspicion was that the government in power is vicariously complicit in the unlawful deployment of security machinery. The article concluded “if increasing intolerance of dissent, subversion of due process and partisan deployment of security and ancillary agencies to further political ends do not take the back seat, 2019 may be the nation’s albatross”.

It therefore came as an uncanny coincidence last Tuesday when the nation witnessed one of the greatest assaults to its citadel of democracy- the National Assembly. Hooded operatives of the Department of Security Services DSS acting on ‘orders from above’ invaded the premises preventing legislators and workers from gaining access into it. It was a spectacle to behold as the DSS lockdown lasted but not without some stiff resistance from some legislators.

Nobody knew what was amiss even as allegations trended that a group of lawmakers intent in impeaching the senate president and his deputy albeit illegally, were in connivance with that security outfit for that reign of impunity and embarrassment to the nation and the international community. But respite came later in the day when news filtered that the Director General of DSS, Lawal Daura had been ignominiously sacked by the acting president, Yemi Osinbajo for venturing beyond his scope of authority. The government went further to distance itself from that show of shame since it was neither privy to it nor consulted.

That is the way it should be. Osinbajo has clearly shown the impatience of the government with serial acts of impunity by its security agencies in sorting out matters of partisan political dimension. That adroit move should be appreciated.

Before the latest incident, some hoodlums had invaded the plenary of the senate and made away with its symbol of authority-the Mace in the full glare of the retinue of security agencies manning that symbol of our democracy. The police was later to find the mace abandoned under the bridge. Nothing has since been heard of that wanton desecration of the senate.

Just recently also, the residences of the senate president and his deputy were sealed off by the police and the EFCC respectively in an early morning show preventing them from leaving. Ironically, the police claimed ignorance of events at the residence of the senate president claiming rather the incident was stage managed by the senate president’s personal security. They promised to empanel investigation. Nothing has been heard of it ever since. Of course, mentioned has been made of the invasion of the Benue State assembly by a minority group of eight assembly men under police protection. The list of partisan deployments of the police and the EFCC to hound opposition is endless.

These happened while President Buhari was around without any decisive action to rein in the offenders thus fuelling speculations that those who took laws into their hands were not acting alone. It is therefore not surprising there are insinuations that the situation may have been the same were he to be around as the latest siege lasted. His media aide Femi Adesina seemed to have responded to such insinuations when he strove to convince reporters that the presidency is united as there is no struggle for supremacy.

Even as it is procedural to expect that consultations would have been made at the highest levels before the sack, credit must still go to Osinbajo given that past infractions were treated with utmost levity. This is not the first time the acting president would be demonstrating commitment to the preservation of the sanctity of democracy. He had also during his previous acting capacity averted crisis in the judiciary when he sent the name of Justice Walter Onnoghen to the senate for confirmation with only two days to the end of his acting mandate.

But the sack of Daura has also come with some scenario conjectures. The first is that the government is privy to the deployment of the DSS to enable loyal senators actuate leadership change given the defection of Saraki to the opposition. Those opposed to Saraki never hid this ambition. The suspicion was such that the opposition had to place within the public space, allegation of impending illegal impeachment and fingered Buhari’s foreign trip as a subterfuge to give room for it.

It is therefore either the government never took serious the threats by the anti Saraki senators; allegations of it by the opposition or it knew of them and allowed things to sort themselves out. Its corollary is that the government knew of the plan as it stood to benefit from it only to turn round to sacrifice Daura when the bubble burst.

Those who canvass this scenario contend that as Buhari’s kinsman and key member of the cabal, Daura could not have been acting in a vacuum. After all, he is not a direct beneficiary of leadership change in the senate. This school believes he could not have possibly acted alone but was sacrifice to save face when the plan turned awry. This scenario cannot be wished away.

There is also the counter speculation that Saraki worked in concert with Daura to invade the National Assembly so as to embarrass the presidency and attract sympathy for himself. This possibility cannot fly for a number of self evident reasons. The DSS neither takes instructions from Saraki nor is there any evidence of that affinity. Before now, that agency is known to have taken similar illegal actions as illustrated by its invasion of the residences and arrest of some justices. As a very close ally and kinsman of the president, the possibility that he could be acting out a script for Saraki is patently inconceivable. Propping up such theory can only reinforce the suspicion that the government is bent on holding on to anything to cover up the embarrassment.

Those throwing up such suggestions are not helping matters. The key thing is that Osinbajo has taken the right measure by sacking Daura. If Daura was made scapegoat to save the face of the government, the end has justified the means. Had such measures been taken in previous breaches, the government would have exorcised the ghost of impunity and lawlessness that has been tilting the nation towards anarchy.

Saraki can be impeached if he must. But those who seek to impeach him must abide by extant rules in achieving that objective. Procuring the services of the police to help the impeachment process has all the trappings of illegality and ultimately bound to fail. There is the argument that he does not have the moral ground to remain in the position having defected to the opposition.

But where there is conflict between morality and constitutionality, the former gives way. That is the situation we are faced with irrespective of the fact that such scenario had played out at the House of Representatives in the build up to the 2015 elections. Nobody went for the head of the speaker then.

Beyond Daura’s sack, independent inquiry into the conspiracy that brought about the disingenuous pass is required to clear the mess. This is a season of defections. Sadly, there are no perceptible indices in the conduct of defectors to merit ascribing any ideological prompting to the seeming realignment of political forces.