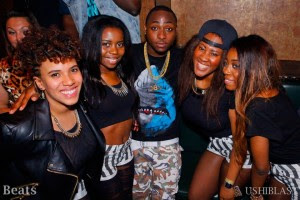 Omobaba Olowo crooner, singer David Adeleke alias Davido and his elder brother, Adewale Adeleke and his manager were recently arrested for allegedly spending fake currency in a night club in Budapest, the capital city of Hungary.

We learnt he was caught after using face euro currency to pay for his drinks.

Before his arrival in Budapest, he staged a concert in Italy on the 21st of June, 2013.

The ground breaking performance where he pulled a Rihanna stunt by showing up late around 5am upset the show organizer, Osariemen Frank who refused to pay him his balance.

He was stranded for hours in Naples, Italy.

Adewale Adeleke, the elder brother of Davido alleged that the fake currency was given to them by the show organizer in Turin, Italy,  not as speculated by some bloggers that he got them from Switzerland. The  event was organized by Donko Consult and Stunt Entertainment.

Few hours later, the Budapest show organizers and some girls came to their rescue.

They were released from Police detention around 2am on the 23rd of June, 2013.

The singer and his crew are currently in Paris for another concert scheduled for the 28th of June, 2013.

An insider said Davido has pleaded with close sources to cover up his arrest so as not to affect his upcoming concerts.