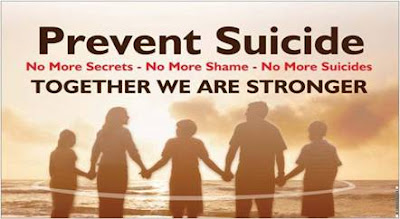 Nov 6, 2017 – Coping With Suicidal Thoughts: How To Gather Strength & Positive Energy To Fight Thoughts That Make You Want To End Your Life

….How To Fight Intrusive Thoughts Of Suicide & Self Harm With Positive Energy

…..It Is Your Right To Live Just Like Anybody Else… So Please Don’t Give Up

You haven’t killed yourself, yet, so that’s a start. You are thinking, seriously, of doing it but haven’t yet mustered up the courage to go ahead with it. With all the conflicting thoughts in your head you’re still trying, desperately, to find a reason to carry on living.

Don’t despair! You might think the whole world is against you and there is no other option, but it’s not over – there’s a way.

Suicidal thoughts are mostly brought on by financial difficulties, social and peer pressure. Feeling worthless enough to want to end one’s own life can happen to anyone – no one is immune so it’s not the reserve of just the poor, the lonely or mentality unbalanced.

I will not go into the religious implications of taking one’s life as this will just provoke a lengthy debate on the dos and don’ts of suicide: people who are suicidal need help and not a religious lecture! For whatever we might think it takes a very brave and desperate person to decide to end their lives. And for those who believe they took the easy way out, it’s not: sometimes a tormented soul has no other option.

While it’s not easy to try and talk somebody out of contemplating suicide, one can only try. And in trying a counsellor cannot take the moral high ground so I won’t.

So you’ve got to that point where you consider your life is not worth living. I, and nobody else, can imagine in our wildest nightmares what you’re going through and I don’t believe you can tell anybody either what the feeling is like – even if you tried. The pain has enveloped you and you can see no other way out. I would like to tell you that there is always light at the end of the tunnel, no matter what you’re going through, but I won’t: you need to use whatever energy you’ve got left to find it yourself. Somebody trying to tell you how good things can be is not the same as hearing your own voice: talk to yourself and convince yourself there’s light at the end of the tunnel. Give Life another chance! I know you’ve been let down badly by Life so much that you want to kill yourself but give it another chance to redeem itself. You’ll be surprised at how you can turn your life around by deciding to live on! It’ll be a bit of a struggle trying to make a comeback but with the right PMA (Positive Mental Attitude) you’ll make it.

With whatever energy you’ve got left put up a fight – even if that strength is the size of a mustard seed.

Somewhere inside you is still that will to live and it can be magnified to pull you through whatever terrible episode you’re going through. Put a smile on your face by remembering the good times you’ve had in your life – and think of the good times you still can have. Think of the problems you have now as something that’s happening now and will eventually go away – they normally do.

You have a problem: we all have problems. Whatever problem you have there is somebody else, out there, who has bigger problems than you and they’re still alive. Even though in your desperate state you believe there’s no way out, there is. Why not try a different approach to solving your problems?

Try talking to somebody: two heads are better than one. A problem shared is a problem halved: bottling things up can make an individual feel lonely, dejected and isolated. Friends and family will gladly help if they know you’re at the end of your tether.

And what about saying a few prayers for divine intervention? In desperate times when we pray that little voice in our head will always be on hand with words of encouragement and advice enough to pull us through. Have faith!

And lastly it doesn’t matter who you are, what you’ve done or what your problems are, you are special, special enough to warrant the right to live in this world. If you’re brave enough to want to take your own life, I believe you are also brave enough to fight on and live: life is not always fair to anyone and can sometimes make us miserable, despondent and suicidal.

It’s our job to put up a good fight and make the best of it. As they say after a thunderstorm comes brilliant sunshine: so if the storm soaks you the sun will dry you out – you just have to be patient a little bit more.

Muster up all your strength and positive energy and stay alive. Life is beautiful and it’s your right to live just like anybody else. So please don’t give up (- this is me begging you now!) and give Life another shot no matter what it is throwing at you now.

Continue Reading
You may also like...
Related Topics:dealing, self harm, suicide, thoughts

From Scar To Star: Turning Your Pain Into Inspiration
Tuesday Motivation: How To Take Calculated Risks