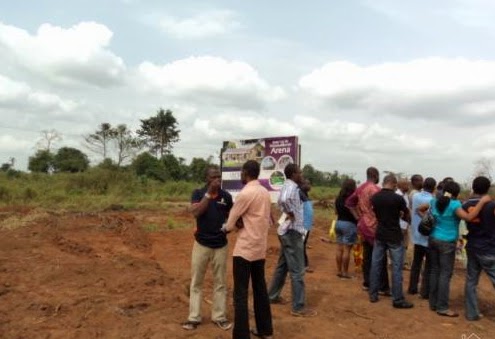 The Sofidiya family of Agbodi Village in Mowe, Obafemi Owode Local Government Area of Ogun State has appealed to the Federal Government to intervene in the alleged intimidation and forceful possession of family land by Deeper Christian Life Ministry.

Trouble started about five years ago, when the church approached the Agbodi village for a land. The community asked that the parcel of land be surveyed first before actual negotiation and purchase. A surveyor was brought by the church, which made N10 million deposit payment out of the N50 million requested by the land owners as owo Iwoko or Owo Ilagbe (bush entry money).

After the surveying was completed, the church committee did not get back to the family. Almost three years after and with no response on actual negotiation of the purchase price with the community the family repossessed the land. Thereafter, the Deeper Life now petitioned the Federal Special Anti-Robbery Squad (FSARS), after investigation by SARS, it was discovered that it was purely a land matter. The church requested for time to settle with landowners as they seemed ready to pay.

The community, through its legal firm, Tunde Popoola & Associates, met with the church’s Land Committee at the Gbagada, Lagos headquarters.

Following “input” from the committee, the fourth proposal was written and submitted on November 27, 2014.

While the issue of submitting the proposal was going on, the family suspecting something unbecoming by the committee, took the ministry to court on September 16, 2014. The matter is currently pending before Ogun State High Court in suit No. AB/246/14. (Olubunmi Esuruoso and five ords v. the Incorporated Trustees of Deeper Christain Life Ministry)

Meanwhile, following another fresh petition by the ministry to the Assistant Inspector-General (AIG), Force Headquarters, Abuja, some policemen from Abuja arrested family members and other villagers on Friday, March 6, 2015. The following day, soldiers, policemen, Vigilante Service personnel among other uniform men and one land agent, Romeo, with his men fully armed, invaded the land allegedly on behalf of the church.

Following these petitions, soldiers occupying the land were arrested by military policemen.

“Rather than defending the matter in court, Deeper Life had allegedly chosen to employ the service of a land agent to invade the community with his hoodlums armed with sophisticated weapons with the active connivance of soldiers and caused total breach of law and order. The villagers have been sent on compulsory exile as their lives are under serious threats.

As at press time, naval officers brought allegedly hired by the church are still occupying the land.