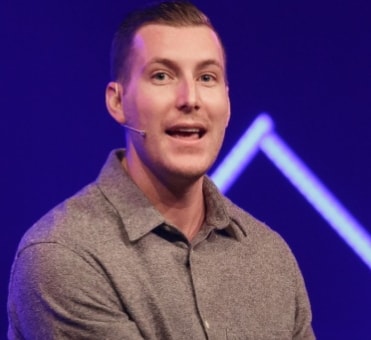 The son of late Pastor David Stoecklein, the founder of Inland Hills church in Chino California has ended his own life.

According to information from the ministry, Pastor Andrew Stoecklein who took over the church after his father died on the 9th of October 2015 killed himself with self inflicted injuries on Friday morning.

Though he didn’t die right away, he was rescued and rushed to the hospital where he was placed on life support.

Sadly, he died yesterday at the age of 30.

Pastor Andrew is survived by his wife Kayla and three sons.

Here is the information his church released about his death on Facebook late last night. 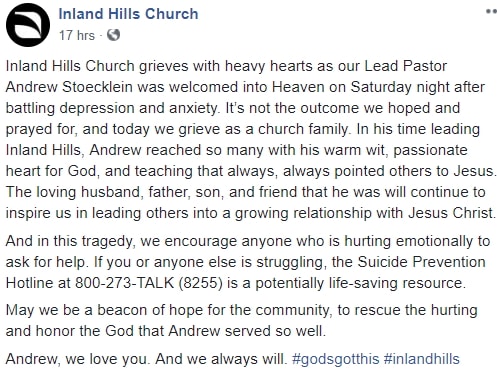