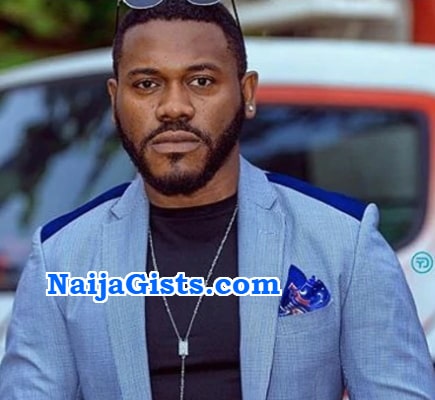 Top Nollywood actor and creative entrepreneur, Deyemi Okanlawon in this interview with Sampson Unamka speaks about his love for his family and adding value to the industry.

The chemical engineering graduate reveals other things he is doing aside acting and how the movie industry has turned his life around.

What have you been up to lately?

Well I have been involved with quite a few things. First of all as an actor, secondly behind the camera within the film industry, then in the business of film making, I work with the company called Silverbird Industry and then I also pursue other business interests.

You studied chemical Engineering, why did you decide to pursue acting?

Well I don’t know that I pursued that, I never planned for acting to be my career, It just happened, some of the best things that happened in my life weren’t necessarily planned I wanted a good life and acting is giving me that good life , from chemical Engineering I started a career in sales and marketing and I did that for many number of years up until I resigned to acting full time.

What was your first experience like on a movie set?

As a professional, initially I started off by acting short films, while still working in the corporate world. So those experiences, for me, I believe, were the ones that made me realised that I can actually do this thing and do it well and of course it brought a lot of exposure for me too.

People liked the short films that I did; web series, such as Gidi hub, “Blame” I have a few of them on my YouTube channels and people really loved them. So when the opportunity came to take it as a full time job, I knew that I had a chance to be a success. Gidi hub was my first professional movie.

There were few similarities between myself and that character; it was not so far-fetched or so difficult to play the role and I had a very good time. I enjoyed myself every bit in that movie.

(Laughs) I am having such a great time on the series of Ayetoro Town. I am actually from Ayetoro, so when I got a call from Funke Akindele to be a part of the show, I had already said yes before working out the rest of the details.

I was already following the series and I loved it. So when I was called that they had a role for me, they thought I would do good, and I went in there. After reading the script, I realised that I had to be a character that I have never been before in my entire years of acting and that was really interesting for me.

Which is easier for you, English or Yoruba movies?

I am a Yoruba boy, but English films come to me more naturally. My first major Yoruba film was called Oja Aje, which was few weeks ago, with Fathia Balogun as the producer. I recently got off the set of your Excellency movie by Mo Abudu, coming up this Christmas.

What is it like playing romance roles; kissing, cuddling and others?

Any future plans of becoming a full time director?

I have done some directing, I have done some producing. I am now with Silver Bird film distribution. I am the kind of person who wants to understand wherever I am, as much as I can.

I am not contented with just being an actor, I have great opportunity and great fun being an actor but I just want to know that I can be of more impact and add more value to the industry as a whole.

Have you had any embarrassing moment as an actor?

I am very hard to embarrass but yes I have had a good one.

It’s fun for me; the very idea that I can play different roles in movie is fun.

This is something you can’t do in your everyday life. You have to keep this look for a while otherwise your employers will be asking you why keeping this kind of look. I am able to live different lives because of my career. I have got different experience through the stories I am performing; so switching roles, for me, is one major thing I enjoy most in my career as an actor. And it takes a whole lot of preparation and some of them can be really intense. I remember Blink the short film I talked about earlier, I had to prepare for about six weeks ahead. I had to do breathing exercises, one of the scenes requires we hold our breath for about 2-4 mins because we were shooting underwater. It’s a lot of preparation.

There are lots of films where I had to bring something new by doing some research before I can successfully bring that character to life the way I want it to be.

Are you happy with your current stand in the movie industry?

I am ecstatic to even be a participant in the Nigerian film industry.

Where do you see Nollywood in the next five year?

I think five years is too short in terms of visioning, I think we come from a country where people try to do short term thinking. I see Nollywood in the next twenty to twenty-five years being significantly not just the industry that does the most number of titles per year but at least the second if not first in terms of revenue generations. Because even though we say we are the second largest, it’s because of the numbers of titles. In terms of financial gain, I don’t know if we are in the first twenty yet.

It’s going to take our government, film industry and public who consume our content to make this happen. What we are doing in five years we are probably already experiencing now.

What is your take on the current Nollywood movies?

If you look at the last five to six years of the industry, which coincides with when I came in, ultimately, even starting from when Kunle Afolayan came out with Figurine, we have been growing in leaps and bounds.

It’s an industry that is still very innocent compared to other film industries around the world. Nigerians can tend to be too critical. If you see a child falling down learning how to walk, you are not gonna criticise that child, you will encourage him instead. So I think as we are all growing, we should all have the mindset that this is an innocent industry; we are all growing, we need encouragement and support from the Nigerian public because we have been doing a phenomenal job so far.

How do you balance work and home?

Primarily my first constituency, if I am to say, is my family. Their priority I can never mix that; my family always comes first. I created a home environment that I enjoy going to all the time. I would rather be in my house comfortable than being in a club. And of course, it is when you are outside of your environment ‘wahala’ starts so I actually do my job and sometimes I won’t even stay on set if I am ten minutes away from my house. I am going to drive all the way home; sometimes it’s really far away I still drive all the way home.

What’s your advice for the youths putting up acting as a career and hoping to get into the movie industry?

When people come to me telling me they want to become an actor, there are two things I usually ask. What have you done? Tell me your passion for acting. But I find out that ` most of them say nothing.

The second part is that I spent a lot of time in church drama learning, serving actually and in the process I learnt. I think that’s my first training ground. More importantly, the third thing is what do you do now? What’s your value to the film industry? There are a million people out there who would love to act, what makes you unique? Is it the value that you bring? Instead of coming in empty I started by serving to suit my career by serving others, I was able to learn as well. Become a professional, learn something significant. I had career in sales marketing, when I came in, I brought in a lot of ideas because of my experience which added value.