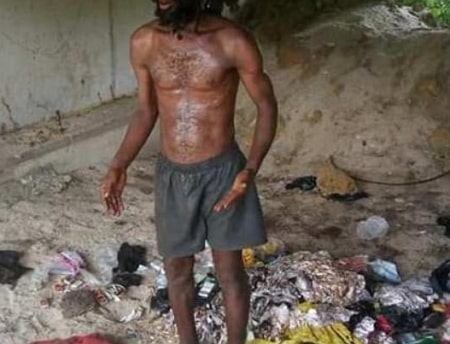 A man suspected to be a ritualist who have been disguising as a madman was yesterday evening lynched in Ughelli South, Delta state

The suspect was allegedly found with a human skull, different types of phones and other items at the popular Otokutu Bridge in Ughelli South council area of  the state..

This is not the first time Otokutu Bridge, linking Uvwie, Udu and Ughelli South local government areas, is in the news for ritualistic activities.

The incident was said to have caused traffic congestion in the area.

According to witnesses, members of a local vigilante group trailed the suspect to his hideout located under the bridge, having seen him receiving phone calls like a normal person.

However, the pretending madman reportedly threw one of the phones into the river, on noticing the local security team.

Witnesses said he was severely beaten by youths of the area before being burnt to death.