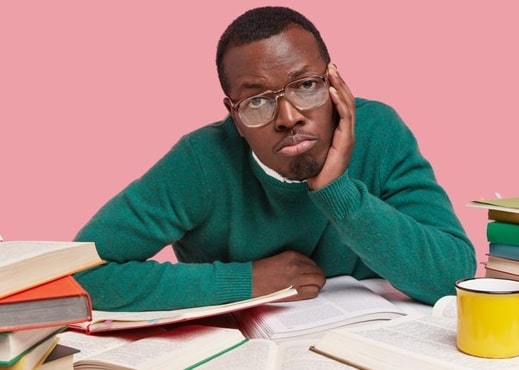 We just moved to another house, at first I was going back to our former place cause of my friends until they surprised me and ganged up against me, they wanted to fight me but I just left them alone. So I started hanging out with the young boys in the new community we just moved to. Their names are Abdulrahman, Mubarak, Abba and Abubakar.

Abba and Abubakar are brothers and their father is the imam of our mosque, we were hanging out and doing stuffs together like gathering money up-to a specific amount buying grilled meat and soft drinks. At times mostly on the weekends we play football together with their younger siblings, I don’t have a younger brother or sister, I am the last born in our family and my name is Habib Abubakar.

I never imagined they have been talking about me behind my back and also, I didn’t notice that they have been hyping me, because I used to put on fine clothes and I usually tell them what I had and that it was my elder brothers that buy me clothes and other things, I also used to tell them about my brothers and how they were doing well in their various lives.

Until they started planning against me and the fact that we are not the same tribe and am the only one different made it possible for them with the full support of their parents. Whenever I say something about my self, they’ll also say something similar to mine, then I started perceiving it bit by bit. After a while, they started showing it to me that I am bad, with a bad attitude, they even started competing with me in the sense that anything I use or wear, their parents will buy it for them and even more.

I was getting tired of being friends with them when they began to insult me. At a point, I stopped going to their place and we stopped talking, I was just alone focusing on my exams. I utilized the opportunity of being alone to innovation, there is a saying that goes ‘the secret to innovation is being alone’, I worked on myself and was changing my ways most importantly I was getting closer to God.

Most of the times when they are together and i pass by, they will start laughing me, believing that i am lonely and jealous and do not have friends. But moving on, I made new friends that we have similar characters and we weren’t looking at our flaws so i totally forgot about them. At first i believed It was totally my fault but then i realized that no body is perfect and nobody knows it all or has it all. I forgave my self and changed my ways.

Continue Reading
You may also like...
Related Topics:blessing, disappointment, disguise

Anambra 2021: The Issues We Are Not Discussing
Nigeria’s Trade Policy & Restrictive Trade