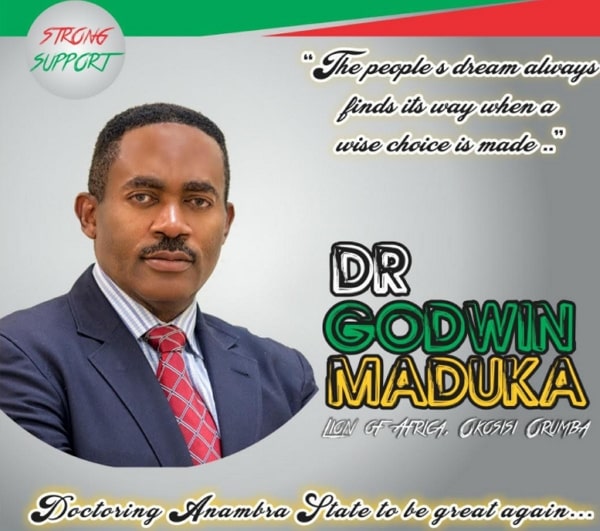 ANAMBRA 2021: THE ISSUES WE ARE NOT DISCUSSING

I am onye Anambra, and today, I write not as a person with partisan interest, but as a concerned citizen, or what our people call “nwa afo”. I write as a citizen with civic consciousness who understands that more often than not, especially in the Nigerian political space, electioneering activities tend to obscure the real issues affecting the society. Those issues get glossed over without critical appraisal and are lost in the din of campaign activities. And so elections come and go, but those issues still remain because like Newton’s first law of motion states, an object will remain at rest or move in a constant velocity until it is acted upon by an external force.

It is another election season in my dear State, and we should be more concerned about the discussions we are not having. Building a modern society takes conscious effort, meticulous planning and dedicated execution. It doesn’t just happen. Anambra is no exception.

Anambra State ranks fourth in bank deposit mobilization in Nigeria after Lagos, Abuja and Rivers State. But access to bank credit is so low. Access to finance remains one of the largest constraints to micro-small-medium enterprises (MSMEs). Increased credit made available to businesses have a multiplier effect on their performances and helps to boost their productivity. Unfortunately, while our people have huge deposits in banks because of our large informal sector, second only to Lagos, only a fraction of that money is given out as loans to businesses domiciled in Anambra. Access to credits has proven to be a stimulus for robust economies. More jobs are created, wages grow and living standards improve. What can we do to change this situation?

On the ease of doing business, Onitsha ranks 23 among 36 cities according to an index. From Upper Iweka down to Main Market axis, street boys hold people doing their legitimate businesses hostage, demanding for money under different guises. It is an extremely hostile environment, and only people of steely resolve survive it. That is shameful. On dealing with construction permits, Anambra comes 28. On registration of properties, Anambra is 32, and on enforcement of contracts, Anambra is 30. Can something be done about this poor outing so as to make Anambra a top business destination instead of a place we travel to for Christmas and burials.

Every year, we churn out graduates from our schools. 70% of them leave Anambra for other cities in search of jobs. We provide workforce for other States. How do we reverse the trend and become an attraction for workforce instead? What future are we creating for our teeming youths? Opportunities in life do not start and end with trading.

In this age of the internet, do we have a tech hub? Silicon Valley came to be due to synergy between Stanford University in the United States and Silicon Valley, pioneered by the Dean of Engineering, Frederick Terman. It was a harmonic relationship in which tech industry folks took courses in Stanford. In return, Stanford graduates had job offers from the tech companies. The creative abilities of the students of Stanford as it relates to technology found a vent and a funding stream in Silicon Valley. Google, Yahoo, Cisco and over 40,000 tech companies are products of this synergy. Can we recreate this model in Nnamdi Azikiwe University, Awka, unleashing the talents of our young people and jobs in the process and making Anambra a hub for tech innovations, or are we still fixated in the old and retired testament called oil? Of course, Apple market valuation is worth more than Nigeria’s federal budget.

How do we make the three cities of Onitsha, Awka and Nnewi a smart city that operate round the clock instead of a ghost town once it is 8pm? There is a correlation between the entertainment industry and night life. Our young people in creative arts have to travel to Lagos so they can be exposed to opportunities for their talents. But the market at home is hugely unexplored. Just imagine the job creation possibilities in this sector alone.

How do we transform Onitsha main market into an international grade shopping mall? How do we change the “Obi and Sons Nig Ltd” business model of the Igbo man into something that outlives the founder, something with a global outlook while maintaining the local character? Talk of corporations and multinationals. John Pemberton invented the Coca Cola drink recipe and Asa Griggs Candler bought the patent from him 131 years ago. Today, Coca-Cola is a global brand.

How about Nnewi? Can it be an auto parts manufacturing hub with large foundries, steel furnaces and forges to complement it? Engineering faculties in our institutions of higher learning can have an exchange programme with Innoson Vehicle Manufacturing Company and other heavy industries and get the opportunity to develop indigenous technologies that will solve local problems.

What is our current debt profile, the durations and the repayment plan? How can debts be used to drive growths? Do we have the capacity to borrow more for critical infrastructures?

Power remains a tough challenge for successive Nigerian government. But it is not insurmountable. Anambra sits on a vast gas deposit that is untapped. Are there ways we can exploit this opportunity and make constant power a reality, especially for our industrial clusters and big businesses? What will the legal regime be like? Even God needed light to create. “Let there be light”, so said the holy book. That is the backbone of production and a strong attraction for investors.

Onitsha port is idle and idling despite the fanfare surrounding it’s construction. How can it be made viable? Since our people are the biggest importers in this country, can we build a mini economy around the port area, just like Apapa. Why shouldn’t that port be functional? The problem is not in our stars. It is in ourselves.

How do we grow it? While States like Lagos derives the bulk of her revenue from IGR, we are stuck with the federal allocation which is not enough to drive growths. Anambra has over 60 markets dealing in several items and several other businesses. Unfortunately, tax awareness is low. Can we drive a campaign to raise this awareness and streamline payments for efficiency and accountability? We have the most active diasporans, how do we get our people to think home beyond mouthing it?

On health, no modern society survives without a robust health care system. The Anambra State Health Insurance Agency was launched on the 14th of September, 2018, after the law establishing it was passed in 2016. However, only 2•4% of Anambra residents are covered by the agency.

One of the ways an Igboman fiercely reiterates his pride and independence is by asking “i na enye m nri?” (Do you feed me?). But the recent food blockade by northern farmers is like the wind that showed the underbelly of a cock. Food prices increased astronomically. What happened to our agricultural capacity? Igbariam farm settlement is gone. Anambra North used to be the food basket of the State due to the arable land available in that area. Have we lost it? How can we build a synergy between our farmers and agro industries?

While we shout restructuring, what are the low hanging fruits we can pluck in the interim? Have we exhausted our present capacity?

See, if you don’t have a destination, any road will take you there. The election year is here again. We need a reawakening, a renaissance, a call to self reinvent. We need big ideas. We need critical thinking on governance beyond payment of salaries and road construction. There is development rain all over the world, and we are not getting wet.

I sincerely hope that in this election, what we will hear will not be the same monotonous rhythm that is so rudimentary, so cheap and so lacking in imagination. I sincerely hope that these issues and more dominate our discussions. The electorate should be able to interrogate them because Anambra is the only place we call HOME.

Continue Reading
You may also like...
Related Topics:2021, anambra