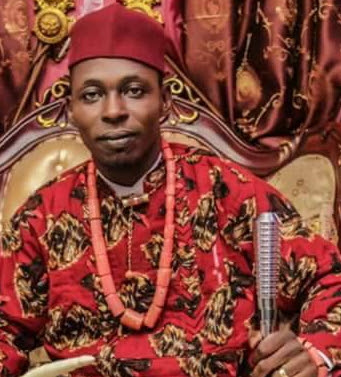 How Don Waney, Mastermind Of New Year’s Day Killings In Omoku Rivers State Was Killed By Soldiers & DSS Operatives At His Apartment In Enugu

The corpse of notorious cult leader, Igwedibia Johnson aka Don Waney (also called Don Wani) has been uploaded online by the Nigerian military hours after he was shot dead alongside his two lieutenants in Enugu.

The militants leader who went back to his old ways after signing amnesty deal with Rivers state government was declared wanted after his boys allegedly opened fire on worshipers on New Year’s day in his birth place of Omoku Rivers state. He was killed by soldiers and DSS operatives who have been on his trail since the bloody attack that killed 17 innocent residents of Omoku in Rivers state on Monday.

On Sunday, soldiers unveiled his corpse and that of his two aides in Port Harcourt as a confirmation for doubting thomases. 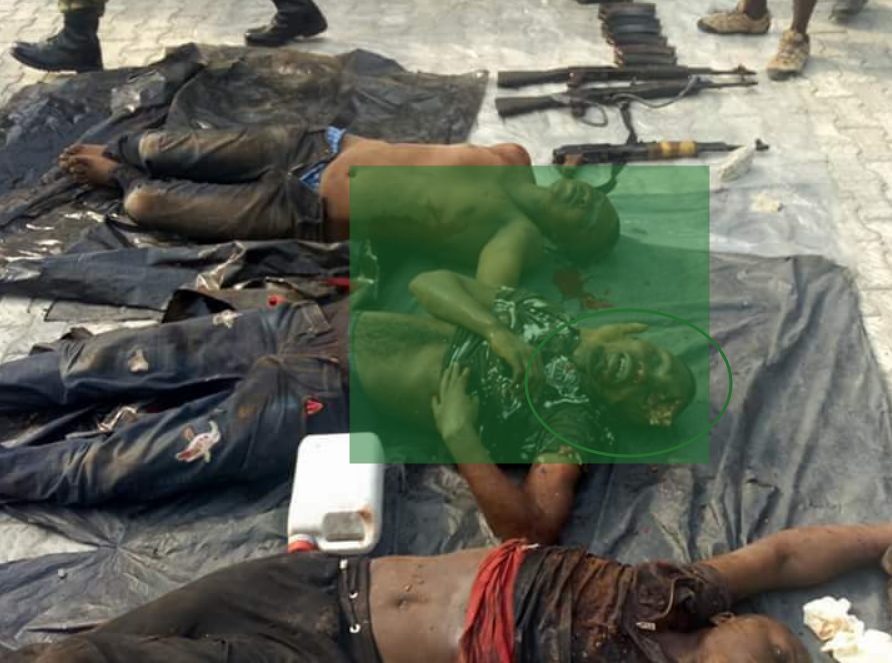 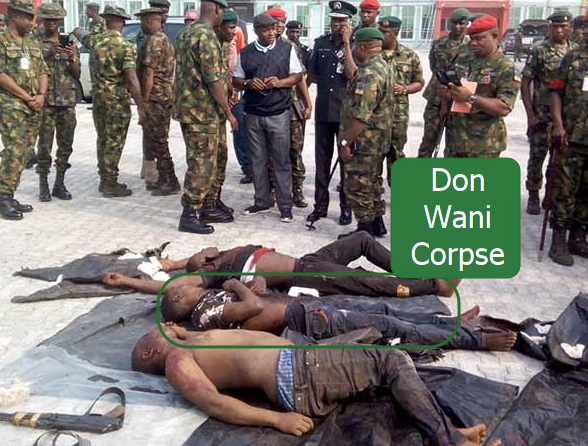 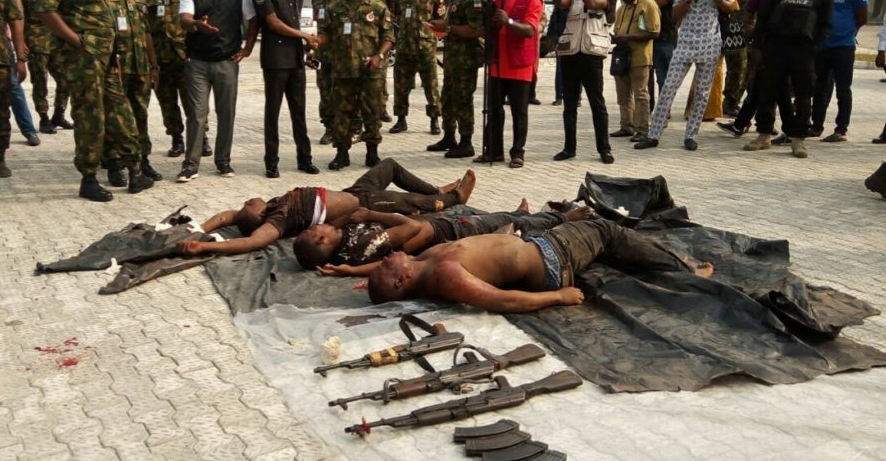 Rivers State Police has threatened to go after over 1500 Don Wani cult members still hiding in different part of the country and bring them to justice.