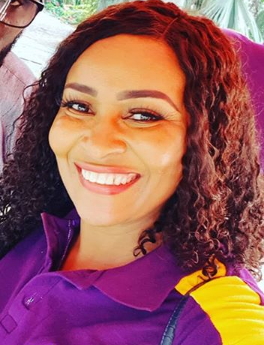 December 23, 2017 – Doris Simeon: Stella Damasus & Daniel Ademinokan Might Have Succeeded In Taking My Son But They Can’t Take My Life

Nollywood actress Doris Simeon is sure missing her only son, David Ademinokan.

The actress who was married to Nollywood director, Daniel Ademinokan, who is now married to Stella Damasus, seems not bothered about the child custody drama playing out between her and former husband.

Doris, who would be featuring as one of the celebrity housemates in the forthcoming reality TV Show, “Celebrity Housemates” was sighted by Kemi Ashefon.

Confirming that she was in South Africa for some months to shoot a film and some TV shows, Doris, who is determined to win the N7m cash prize for winner at the Celebrity Housemates, was elated at the idea of a Reality TV Show.

“It was a great idea and when the founder, Kemi Otegbade of Heartlinks Ventures called me up in South Africa, I jumped at the idea. It’s more than a reality show. It is out to showcase our diverse culture, arts and entertainment. It’s a show with a difference.

By January 12, 2018, we are in the House and by February 11, a winner emerges. I am very sure I would win. Nigerians should just vote for me,” an excited Doris said.

Still single Lovehaven asked if Doris hasn’t moved on since her ex is now married.
“I moved on long ago,” she said.

Should we be expecting wedding bells next year?

She said, “Marriage is over-rated in this part of the world. If I get married fine, if I don’t, it’s OK. What is required is me being happy, feeling good and enjoying what I do. I will enjoy it to the peak.”
But her son, David is still with Daniel Ademinokan and his new wife, Stella Damasus?
“That’s Ok. I still speak with my son and that’s what is important now.”
Do you speak with Daniel?” Lovehaven asked.
“I talk to my son, I don’t have anything to do with Daniel Ademinokan,” she said.

“But people are saying Stella snatched your husband and your child? “ Lovehaven reiterated.

“Well, But they have not taken my life and my shine. I am still shining and I am still looking good. Life goes on as long as you are breathing, be grateful.”
When you read negative news about you and Daniel, how do you react?

Doris responded: “I am just me. That is his life. I’m living my life. He is living his. I don’t go begging from anybody. I am glowing. God has been good to me and when the time comes, I will talk about my son. I talk to my son and the boy is good. But for now, I have nothing to say,” she said.

The show will also emphasize on the Nigerian culture in unique style and provide great content for brand engagement at value added cost. No doubt, culture and entertainment has been confirmed as an undisputable universal
bond and the new alternative to oil in our Nigeria.

Geared towards promoting peace and unity in the country, the celebrity contestants are drawn from all the 6 geographical zones in Nigeria and also bridge the negative perception of our nation and showcase our strengths.

The 30 days show will be streamed live on all scheduled online media platforms for 24 hours; one hour daily show on national terrestrial TV and cable stations.