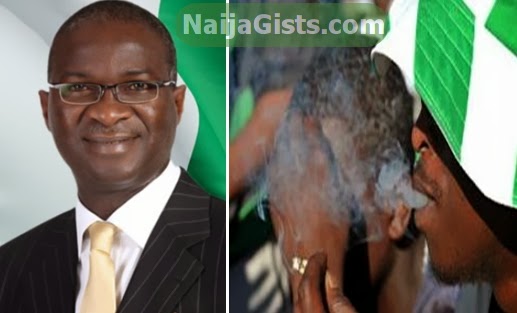 Anti-public smoking bill aimed at curbing second hand smoking danger in Lagos state Nigeria has been passed. The bill was passed by Lagos State House of Assembly on Monday January 20, 2014.

The 16-section bill, said that posting of signs which states “no smoking,” with a picture depicting a burning cigarette enclosed in a circle with a bar across, should be displayed in all “no smoking areas.”

The assembly noted that the picture depicting ban of smoking in a particular public place would be prominently posted and properly maintained by the owner, occupier or person in charge of the “no smoking areas.”

The bill, which, yesterday, scaled through the third reading, prohibited anybody smoking in all public places including libraries, museum, public toilets, schools, hospital, day care centres, public transportation and restaurants, among others.

The assembly proceeding which was presided over by the Speaker, Mr. Adeyemi Ikuforiji, said smoking in public places would attract penalties ranging from three month imprisonment to six month jail term.

It said the bill “has been sent to Governor Babatunde Fashola for an assent,” even though the development had attracted public outrage, citing infraction on fundamental human rights.

Section 4 of the bill said it shall be the duty of those who own or occupy public places to ensure that approved “no smoking” signs are displayed conspicuously at each entrance and in prominent locations throughout the premises.

The bill on no smoking in public places, also stated the penalties for smoking in a “no smoking area” will be N10,000 fine or imprisonment for a term not less than one month and not exceeding three months or both.

While any person who repeatedly violates the provisions shall on conviction be liable to a fine of N50, 000 or six month imprisonment or both.

The law also states the penalty for non compliance by owner/occupier of a “no smoking area” the offenders shall attract N100, 000 or 6 month imprisonment, or other non custodial punishment that the judge may deem fit.

It shall be an offence to obstruct a duly authorised officer from carrying out his duties under the provision of this law.

The law states that any person who smokes in the presence of a child commits an offence and shall be liable on conviction to a fine of N15,000 or imprisonment for a month or both.