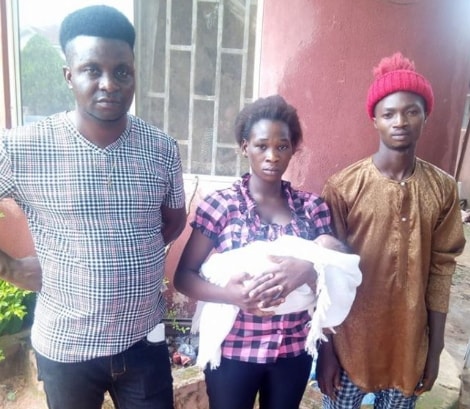 A serial cheat sharing her bed with two men has been exposed in Edo state shortly after she gave birth.

According to a Social media source, Ogbeide Monday, the lady pictured above was dating the two men, one for love and the other for financial favour and when she eventually gave birth, the two claimed to be the blood father of her baby.

When queried, she said she kept both men because she did not want to die of starvation during  pregnancy.

The drama happened in Benin city Edo state on Sunday. 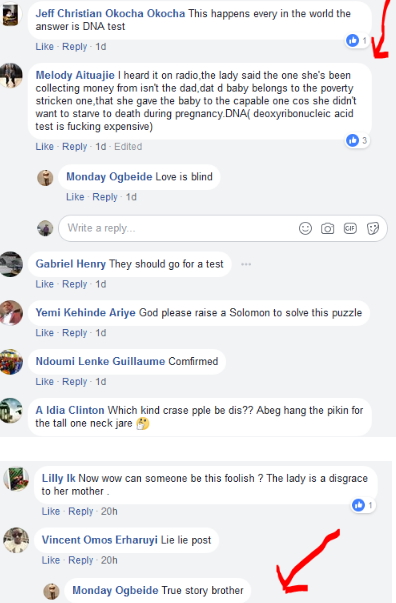