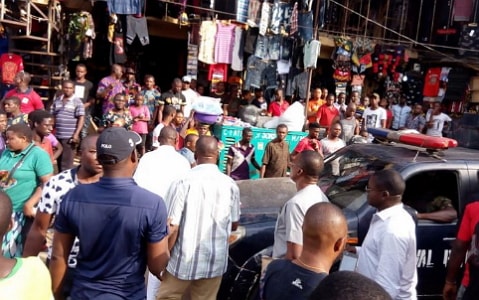 A witness to a violent which would have erupted in Anambra today has narrated how an Hausa man who allegedly fought a group of Igbos following a misunderstanding rushed to a military barracks in the area to bring Hausa soldiers to arrest his attackers.

Here is how the witness, Nnamdi Ekwegbalu narrated what happened via Facebook today:

An ordinary incidence would have deteriorated into a violent demonstration today in Onitsha Main Market. And the incidence was as follows: a certain Hausa man allegedly was said to have been beaten by a group of Igbo men, reason being that he allegedly threw a metal pipe at a group of persons merely because they had asked him to carry his load with ease. Angrily some of those men resorted to fighting the Hausa man.

The Hausa man however, speedily ran to the barracks to bring military men. The soldiers without hesitation landed in the market and bundled a certain unsuspecting man into their truck. The man allegedly wasn’t part of the incidence, but was unlucky to have been found at the scene of the incidence as of the time the soldiers arrived.

In response to the action, the people demonstrated that truly “Igwebuike” {Unity is Strength}. They quickly rallied round the military truck and refused that it would bundle this innocent Civilian to the barracks with them.

The soldiers however started threatening to invock violence. The matter would have gotten exponentially worse, as the people were determined to see to it that the worse happened, citing the injustice which daily is being meted on the Igbo race: from Boko Haram attacks, to the onslaught by Fulani Herdsman. They then wondered, how it is that these soldiers who were heavily armed responded quickly, merely because it was there fellow Hausa who brought the complaint. 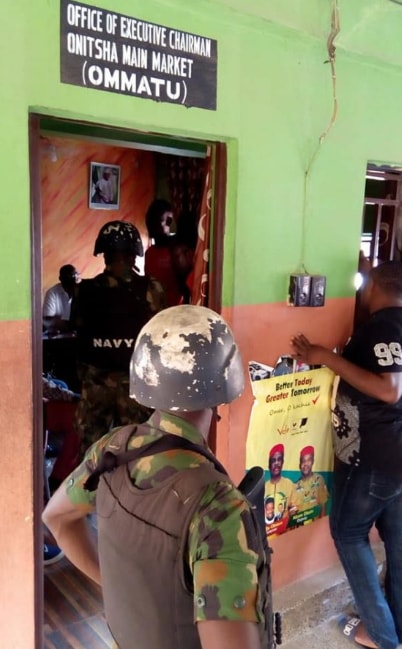 As the tension continued to escalate and more people gathered to the scene, whereas the soldiers were equally undeterred. The chairman of Onitsha Main Market, Chief Ikechukwu Ekwegbalu swiftly intervenened, by descending to the arena like a Lion, requesting that the matter be brought to his office without delay, and with wisdom presided over the issue.

Long story cut short, the man was eventually not taken to the barracks as planned. Lesson to learn, when there is a strong leadership it acts as a deterrent to chaos. But then a point to ponder: Do these soldiers really react this speedily when a man who is not their kinsmen brings a report of an injustice to them or was it merely motivated by ethinic sentiment?