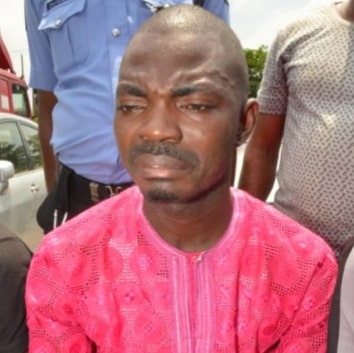 Troops of 32 Artillery Brigade, Owena barracks in Ondo state in collaboration with other security agencies on Thursday arrested one Abiola Oseni aka Oje one, a gang leader of a notorious cult popularly known as Black Axe Confraternity in Owo.

Oseni, who had been on the wanted list was arrested based on a tip off, was arrested by the soldiers operating under the recently launched Exercise Egwu Eke 111.

His gang and other cult groups have been terrorizing Owo community and its environs for a long time.

Inside The Mind Of A Suicidal Person…Suicide Warning Signs To Watch Out For
MC Oluomo To Be Flown Abroad, To United States For Treatment – Aide