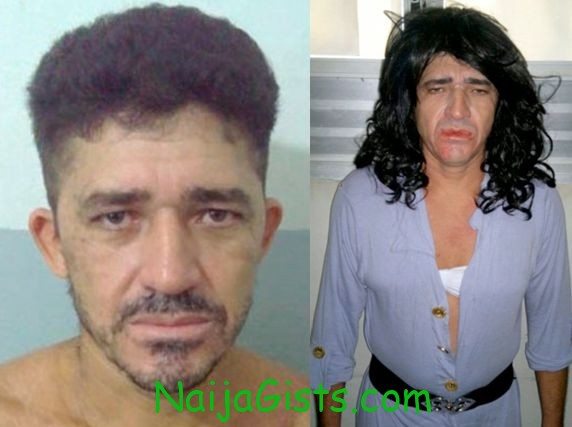 April 7, 2012 – Drug Suspect Nabbed After Faking To Be A Woman In A Bid To Escape Jail

Popular drug trafficker Ronaldo Silva, has been re-arrested after dressing like a woman ( see above picture) in a bid to escape jail.

We learnt Ronaldo’s wife had brought him her bra, a wig and a pretty blue dress to perfect their plans, and he did everything to perfection by shaving his arms and legs, but couldn’t just get the steps right.

Half an hour into his daring bid for freedom, one eagle-eyed guard noticed that, despite looking like a woman, he didn’t walk like one. He was followed as far as the bus station before police picked him up and dragged him back to jail.

Wonder shall never end in this world o.