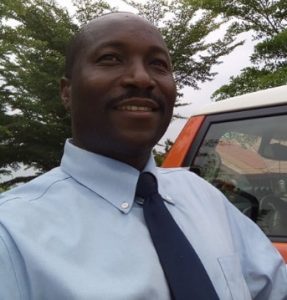 Chaos was the order of the day yesterday at Agege LG secretariat after a man identified as Samuel Koro-toe was murdered by a drunken NDLEA official.

The deceased a staff of Alimosho LGA of Lagos state was part of those attending NULGE 40th anniversary  at the Agege secretariat when some NDLEA operatives who appeared to be drunk opened fire on guests.

Their move angered the Nigeria Union of Local Government Employees leadership who ordered the deceased and others to reprimand them.

But the NULGE executive’s intervention infuriated the NDLEA operatives and, following a heated exchange, Koro-toe was stabbed by one of them.

The main suspect fled as police dispatched to the area arrested his colleagues.

Here is the moment the officers took the victim away before stabbing him to death.

Video: Dino Melaye Jumped Out Of Police Van On Way To Court After Thugs Blocked SARS Convoy
3 Men Die Of Swollen Penis In Asaba After Sleeping With Another Man’s Wife