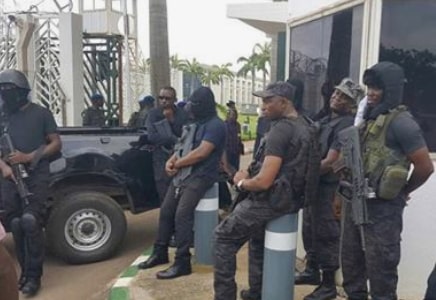 An operative of the Department of State Services has lost his job in Ekiti state.

Jaja Otelemaba who was caught while allegedly taking bribe from a motorist in Ado Ekiti on Saturday has been sacked.

According to the agency spokesman, Peter Afunanya, Jaja was queried before he was dismissed from the service.

Here is a statement released yesterday

“The Department of State Services hereby announces the dismissal of one of its staff, Jaja Smith Otelembaba, involved in bribe taking from motorists during the performance of election duties in Ekiti State.

“Hours ago, a picture of Jaja had surfaced on the social media wherein he was presented as negotiating with a motorist for financial patronage.

“The fact is that when the news broke, the service initiated a line of investigative actions.”