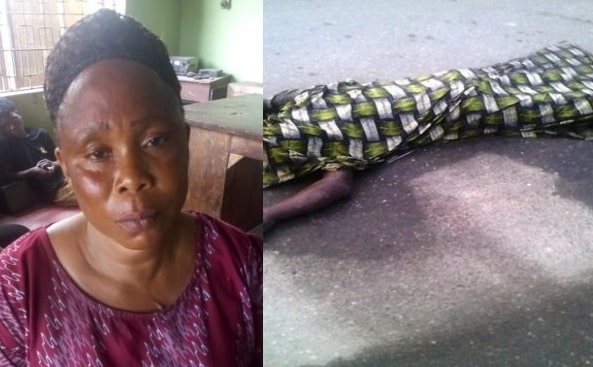 A woman identified as Aderonke Ayinde has been arrested for allegedly dumping the body of her deceased boyfriend, Abiodun Asimiu in the bush.

In her confession, the 45-year-old who was caught by a neigbour said the deceased died in her residence in Abeokuta while passing the night last week.

She reportedly dumped his corpse in the bush out of fear.

A neighbour identified as Ishola Makinde who caught her in the act reported her to police.

The suspect is currently in the custody of the Ogun State Police Command.