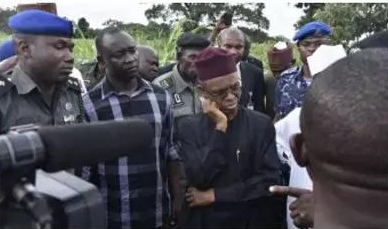 At 13 Christians died last night when some gunmen entered Asso community in the southern part of Kaduna state.

Though the detail of the attack is still sketchy at the time of this report, we learnt the attack carried out by some suspected Fulani herdsmen around 8pm on Easter Eve injured about 35 others.

Asso is a predominantly Christian community.

Photos: See The Man Who Handcuffed Wife To Generator From Night Till Morning In Sagamu Ogun
Photos: Nigerian Fraudster Kelechi Declan James Declared Wanted By The FBI In New York