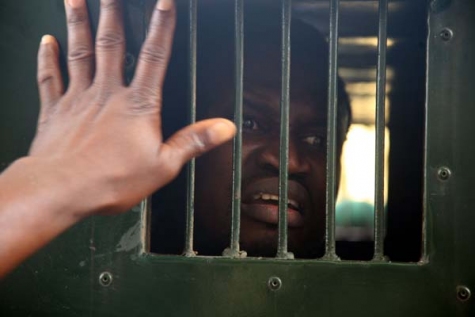 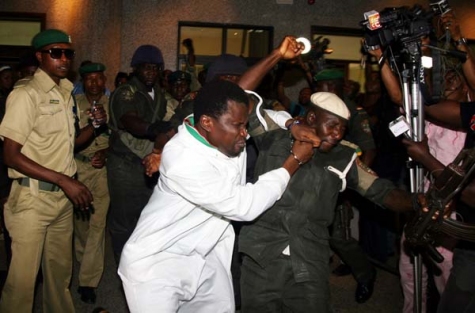 A man described as an accomplice to MEND’s leader, Henry Okah in the 2010 Independence Day Bombing in Abuja has been found guilty and sentenced to life imprisonment by a Federal High Court in Abuja today.

Edmund Ebiware was arrested on October 2, 2010 at the Bolingo Hotel by the Nigerian secret police for failing to provide the government information about the planning and eventual execution of the bombing that killed 12 people on October 1st 2010 at the Federal capital city of Abuja.

Justice Gabriel Kolawole presiding at the trial gave a three hour ruling squarely blaming Ebiware for failure to disclose the planned acts of terrorism against the Nigerian state to the appropriate authorities.

The conviction and sentencing of Ebiware did not go down well with him as he became agitated and fought off security agents as they dragged him off to prison.

The accused leader of the Movement for the Emancipation of the Niger Delta, Henry Okah, was also last week convicted for the bombing by a South African high court in Gauteng. He will be sentenced in February 2013.

Edmund Ebiware, an accused accomplice of Henry Okah  was today sentenced to life in jail by a Federal High court in Abuja over his involvement in the Oct 1st  2010 Independence Day bomb in Abuja . He was convicted and sentenced by Justice Gabriel Kolawole.

Ebiware was one of the four persons arraigned for Oct 1,2010  bomb attack in Abuja. The judge ruled that Ebiware might be eligible
for parole after serving 32 years of his jail, on the condition that he is of good behavior.

Justice Kolawole cited the section 40(B) of the Criminal Code  Act which provides that “any person who becomes an accessory  to
treason or becomes aware of the commission of the treason and did not give evidence to the President,a State Governor or a peace officer ,in order  to prevent  the commission of the crime is liable to treason and sentence to life imprisonment .”

Ebiware who was enraged after his conviction had a violent encounter with the security operatives at the premises of the court as he yelled and kicked saying: “my conviction is political after what I have done for this country is this how they will pay me back”.

His relatives briefly hugged him and then wailed as he was driven away to prison.

His last chance to ever experience freedom in life. 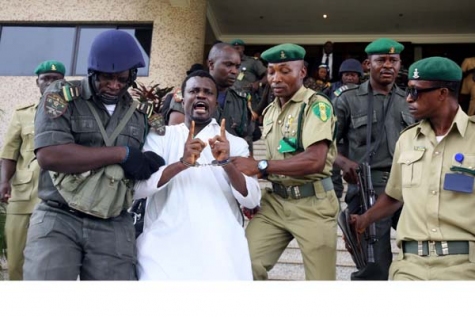 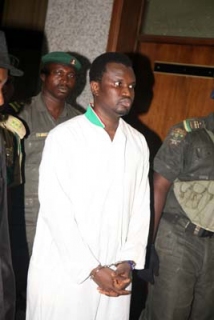 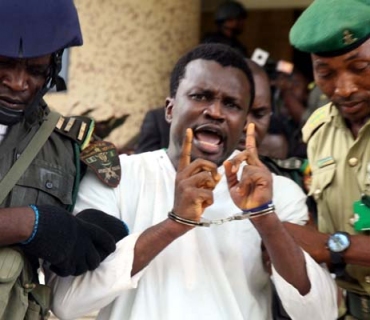 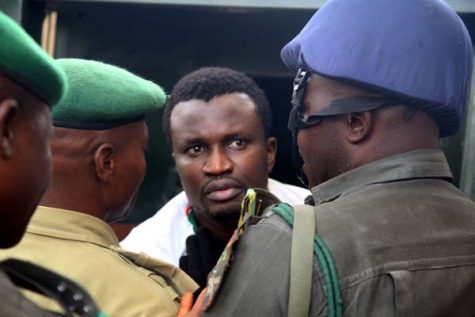 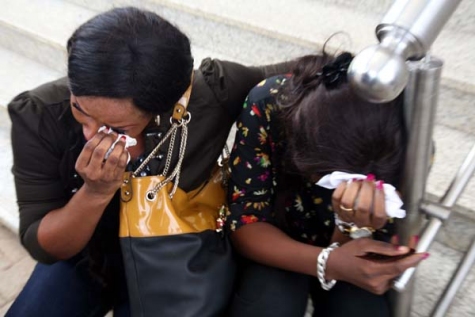 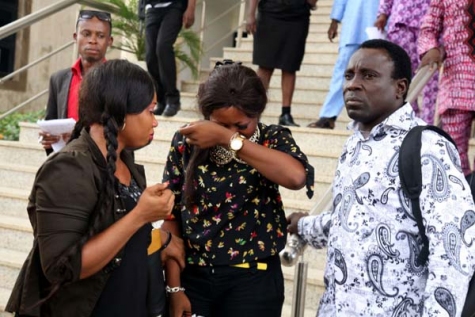 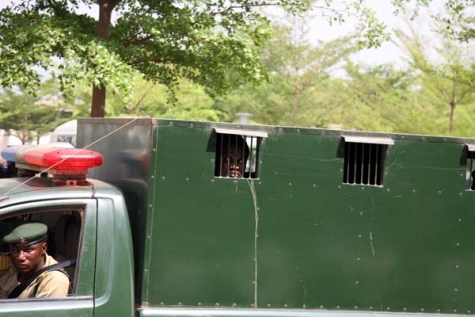 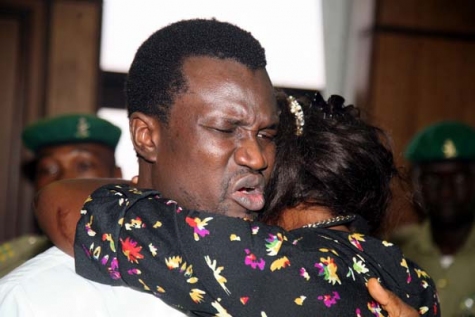 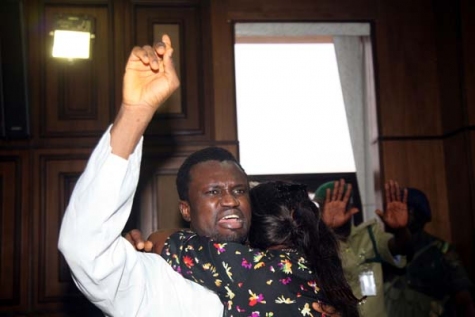 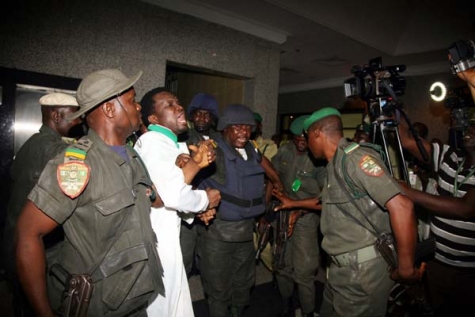 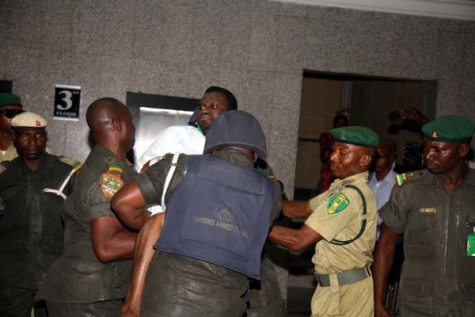 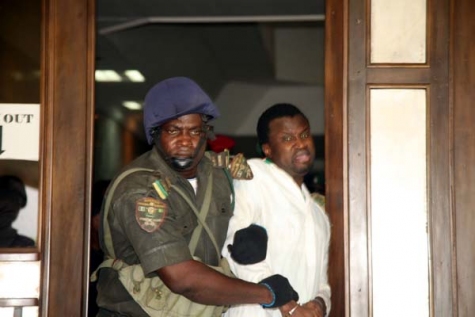 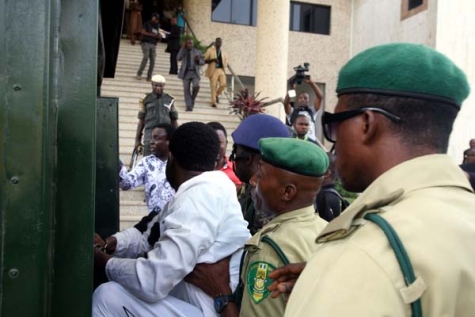