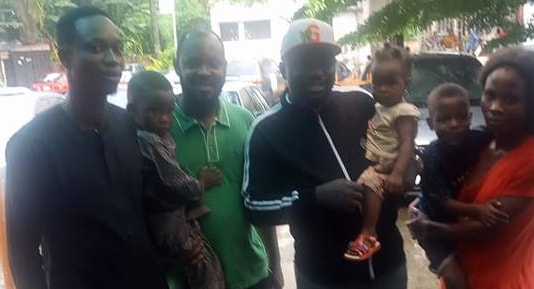 Popular Edo based Human right activist Kola Edokpayi has secured the release of a nursing mother and her three children who were detained at the Police station for an offence they didn’t commit.

Barrister Edokpayi said the woman pictured here and her three children spent the night in police detention last week after her husband bought a used phone without knowing the source of the phone.

After securing their release, he warned the public to avoid using their money to buy trouble as most of the so called “London Used Phones” might have been stolen.