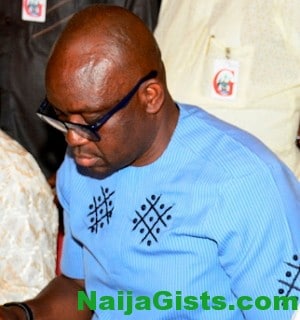 Now that his immunity is over, the outgoing governor of Ekiti state, Ayodele Fayose has received an invitation letter from the EFCC to make himself available for questioning.

This was disclosed in an acknowledgement letter the controversial governor sent to the agency on Monday.

He is to appear at the Abuja office of the The Economic and Financial Crimes Commission on the 16th of October 2018 to answer queries surrounding misappropriation of fund during his tenure as Governor.

See a copy of the letter below. 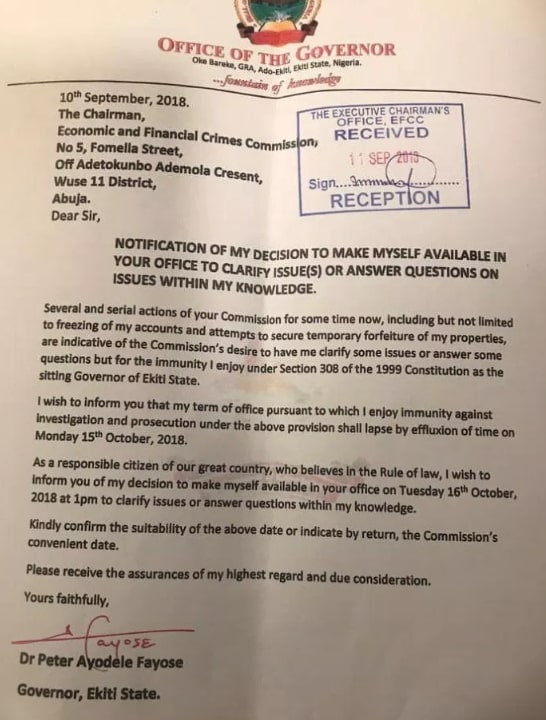 Fayose is the only Governor in Nigeria who refused to pay workers salaries even after collecting billions of Naira in relief fund from the Federal Government.