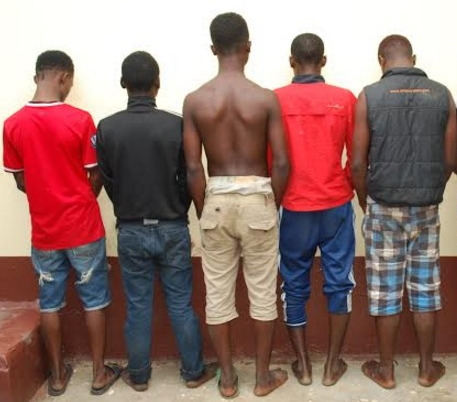 The Commissioner of Police in the state, Olusola Amore, announced this while briefing newsmen on Thursday in Ilorin.

He said they were arrested on Nov. 23 for allegedly matcheting the victim to death inside her farm at Yashikira in Baruten Local Government Area of the state.

He said that the suspects being labourers employed by the deceased, conspired and killed her and carted away 11 bags of rice.

The commissioner said the suspects were later arrested by the police, while the stolen rice belonging to the victim and the Golf car used in carrying the commodity were recovered.
He also announced that the command had arrested some alleged cultists namely, Ibrahim Imam, Salisudeen Imam and Saheed Mubaraq.

“The suspects confessed to being members of Eiye and Aiye confraternity, respectively, and they have been involved in series of attacks that took place in Ilorin
“The exhibits recovered from them were three live cartridges and charms,” he said.

The commissioner said all the suspects would be charged to court on completion of the investigation.