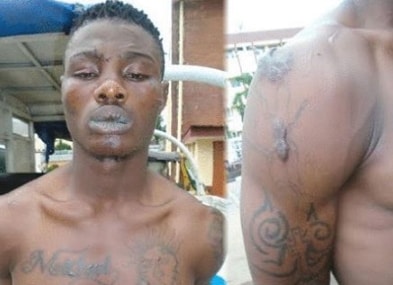 A member of the dreaded Eiye cult arrested on December 3rd in Yaba Lagos has been charged with cultism.

22-year-old Seun Matthew yesterday appeared before an Ogudu Magistrates’ Court for alleged membership of a cult and possession of a stolen phone.

He said the accused had confessed to the police that he is a member of the ‘Eiye Confraternity’.

Ihiehie alleged that a stolen phone was found in his possession.

Magistrate E. Kubeinje granted the accused N50, 000 bail with two sureties in the like sum.

She adjourned till January 14.

Continue Reading
You may also like...
Related Topics:cult, eiye, member