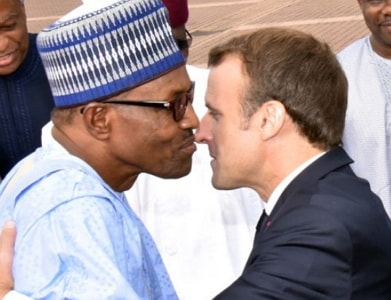 Tomorrow is my birthday and I dedicate this piece to that occasion and thank God for my life’s journey so far as I share some of my life experience in the course of today’s write up. Today however is also the day of the governorship election in Ekiti State and it is so important to the opposition PDP party of outgoing Governor Ayo Fayose that the party leadership has insisted that its success or failure will determine if the 2019 presidential elections will take place. I take a look at the predicament of Nigeria’s brilliant Minister of Finance Kemi Adeosun and compare my experience on NYSC ‘exemption’ and insist that the exemption brouhaha should not be allowed to derail a brilliant career that has propelled economic growth and development for our nation. I also examine two foreign visits by two global leaders and reach strong conclusions on their import for leadership values and character inherent in the backgrounds of these visits.

Let me comment briefly on the Ekiti Governorship Election and note that Nigerians have a lot to learn from the results, no matter who wins. At the election that brought power to outgoing Governor Fayose, the PDP, his party was in power in Abuja and federal might was unleashed against the party of the incumbent governor then who lost in all local governments in the state. Even a Deputy Minister of Finance was on hand and on the ground in Ekiti State to ensure that security arrangements were against the state governor then and in favor of his opponent. Now the tide has changed and there was a sorry picture in the dailies of the outgoing governor mopping his face from tear gas attacks and claiming a policeman had slapped him. That to me is unacceptable under the rule of law. Yet it could be payback time in terms of federal might and there really should be no sour grapes on that account. One could recall that the governorship candidate from the ruling party today was defamed and electorally humiliated when Fayose came to power and that candidate literally lost his reputation as a politician of substance in Ekiti state. In today’s election however, he has federal might behind him like Fayose did at the election that brought him to power. Will history repeat itself? Certainly what is good for the goose should be good for the gander and I wish the good people of Ekiti State a peaceful election today with the chosen Governor from a free and fair election, having a good journey to the Ekiti State House in consonance with the wishes of the Ekiti State electorate.

In the embarrassing position on NYSC exemption certificate that the Minister of Finance has found herself I wish to share my experience on an ‘ exemption’ on NYSC that I got without soliciting for it. I was due for NYSC from UNIFE as I was graduating before 30 years of age with the NYSC second set but when the list of postings came my name was not on the list. My colleagues were furious and accused me of manipulating the situation from NYSC Lagos. I was literally dragged in a sort of posse by them to the Registrar’s Office where the University official in charge showed them the list he sent to Lagos NYSC with my name on it. He then promised my accusers that he would check with Lagos which he did and I was posted to Maiduguri which made my accusers very happy. Years later I met a friend of mine who worked a t the NYSC in Lagos at the time who said he deleted my name because he thought he was doing me a favour. I told him his favour was expensive as it landed me in Maiduguri capital of the then North Eastern state from which six states were later created. I pray the Minister of Finance gets a less expensive break on her exemption ordeal as she has served the nation diligently on her present assignment.

Let me now briefly comment on the visits of both US President Donald Trump to Europe and Britain and that of French President Emmanuel Macron to Fela’s Shrine in Lagos. In President Trump’s case he was visiting old allies and friends with who relations have cooled some what even though both sides resolved before and during the meetings that old friends are better than new and the Europeans felt defamed and embittered because Trump washed their dirty linen in public by accusing them of not living up to their financial undertakings on defence contributions to their mutual defence in the North Atlantic Treaty Organisation – NATO. To me Trump is the winner in spite of the European conspiracy to defame him as threatening to break an old alliance formed after the Second World War to counter the threat of communism from the former USSR and Communist China. Yet the EU nations seem to have bought into the conspiracy of Trump’s opponents on the US domestic scene that the Russians under President Vladmir Putin helped Trump win the 2016 US presidential election. A claim that drives the US president mad and has seen him at loggerheads with the US media, the FBI ,the Democratic Party and even members of the Republican Party who have voiced any doubts on the authenticity of his election victory in 2016.

We shall end up with the visit of the French President Emmanuel Macron to Fela’s Shrine in Agidingbi. I congratulate the Lagos State Governor Ambode for finding time to take him round presumably on account of diplomatic protocols.

Otherwise it was a very childish visit for a president of a nation like France to make. If the rationale was to promote culture it was misdirected. Undoubtedly Fela was a music genius and his music makes him immortal. His shrine was however at Ojuelegba in Lagos and later Ikeja where he was a terror to families that raised small girls in those unfortunate environment.

For a French president to visit Nigeria and not visit the states where herdsmen slaughtered innocent farmers on their grazing routes or displaced people in the camps housing Boko Haram victims and survivors is certainly unbelievable as it is unforgivable and one can only pity the French people for their present brand of leadership .

All the same – Vive la France!. Once again long live the Federal Republic of Nigeria.

Bitter Truth: Nigeria Won’t Progress Until We Overcome The Incumbent Ruling Class
Monday Laugh By Top Commentator Bench: How To Kill *** To Use Am Do Pepper Soup