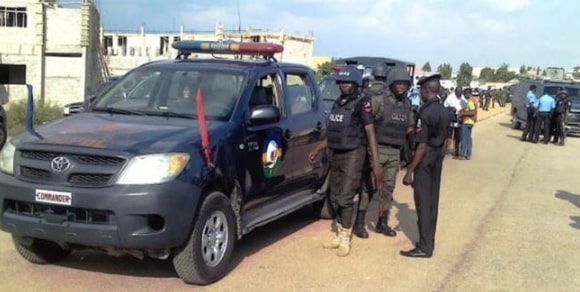 A girl identified as Rachel was on Thursday rescued from a suspected ritualists’ den at Ijanikin where she was whisked to by a gang of three men.

The 17-year-old make-up apprentice, was said to have been hypnotised and abducted on Wednesday morning while on an errand along Ibasa Road, Alasia, Ijanikin, a Lagos suburb.

Her abductors were said to have taken her to a secluded place on Dan Ajaiyi Street, Ijanikin where they allegedly perfected plans to kill her.

She reportedly miraculously regained consciousness and screamed “Blood of Jesus.”

Her scream was said to have caught the attention of neighbours who invaded the house after the suspected ritualists had fled through the bush.

A resident, Chika Ugochukwu, said the suspected ritualists packed into the neighbourhood last year, adding that people hardly bothered about their activities since their home was isolated from others.

Another neighbour, Tochukwu, said the suspects allegedly touched the girl with a charm which made her followed them unconsciously.

“The suspects were already preparing the girl to be used when some neighbours heard her scream.

“The shrine where they took her to is behind an isolated house on Dan Ajaiyi Street. The suspects fled when they knew that the game was up,” he said.