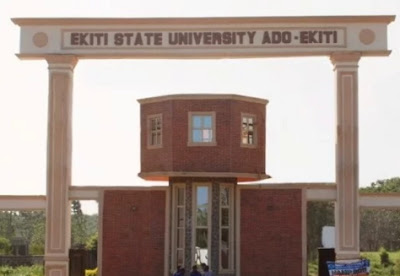 A high court sitting in Ado-Ekiti on Tuesday sentenced one Adekunle Iyanu to two years’ imprisonment for belonging to the `Black axe’ secret cult.

The accused who was a student of Ekiti State University, Ado-Ekiti, was found within the cult group on July 24, 2013 at Ifaki-Ekiti.

The presiding judge, Justice Toyin Abodunde, in her judgment, said that the prosecution had established the case beyond reasonable doubt.

She was of the opinion that the menace of secret cult in the nation’s institutions should be curtailed while culprits should always face the wrath of the law.

She found the accused guilty as charged as the prosecution had established ingredients required to prove the case of secret cult.

Abodunde then sentenced the accused to two years’ imprisonment without any options of fine, saying it would serve as a deterrent to others.

Earlier, the defence counsel, Mr Chris Omokhafe, had urged the court to tamper justice with mercy on his client, saying he was a first-time offender.

Also, the prosecution counsel, Mr Femi Onipede, had tendered exhibits recovered from the accused with his confessional statement.