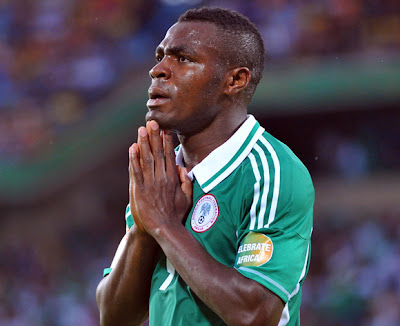 Nigerian Super Eagles footballer Emmanuel Emenike who scored the highest goals at the African Cup Of Nations, AFCON 2013 match in South Africa has condemned the ill treatment he suffered in the hands of Nigeria Football Federation, NFF and Keshi.

Emmanuel Emenike who said he is bitter revealed how everyone ignored him during his injury time. He also expressed his disappointment in Super Eagles coach Stephen Keshi who abandoned him after the Nations cup. 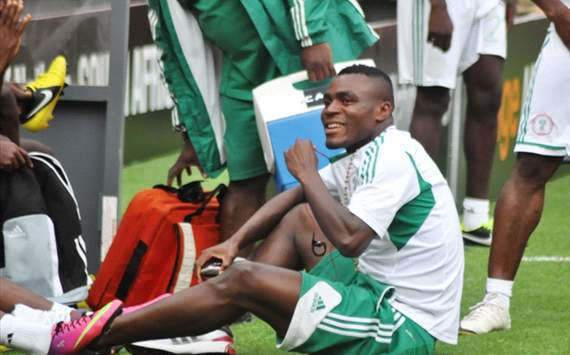 He said he hasn’t received a phone call from Keshi after his Injury in the match against Mali last month.

“I must be honest with you, I have not been treated well by the coach and the NFF because they ignored me so soon, so fast,” he lamented. “Nobody from NFF and the coach have called to ask me about my injury. I am bitter about this. It is unfair and I can tell you that is why some players don’t come to give their best for the national team.

“When a player gets injured on national duty, I think the country’s football authority and coach ought to keep in touch to let him know he is loved and cared for. I am not a use-and-dump player. I will not act as one at all because my club career is very much important to me than anything.”

“Look at a player like (Victor) Anichebe (Everton striker was injured while on national team duty last year), no one cared about him and you think he will come to national team to give his best. I am not worried about that but I just need to tell them it’s unfair. It is not everything that is money, but a call just to show you care could change someone’s problem at a particular time.

Emenike who plies his trade with Russian side Spartak Moscow, thanked the club for being there for him even though he cupped the injury away at national duty and expressed his intention to return to action because he has “missed the game much”.

Heya! this is not too good.

Our people are good at ignoring others.

We should be our brother’s keeper..

P-Square In Malawi For Concert; Spotted With President Joyce Banda (Photos)
My Oga At The Top Blames Patience Jonathan For TV Blunder “You’re My Rose Model”