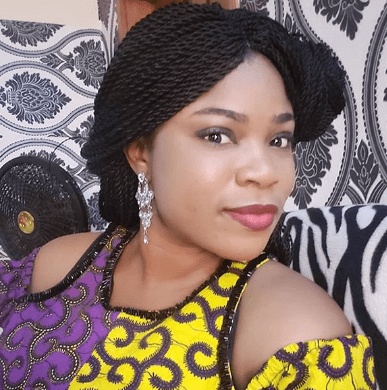 Eniola Ajao: People Call Me Snub Because I Don’t Like Making Friends

I’ve seen your face more in Odunlade’s movies. What’s the connection between you? 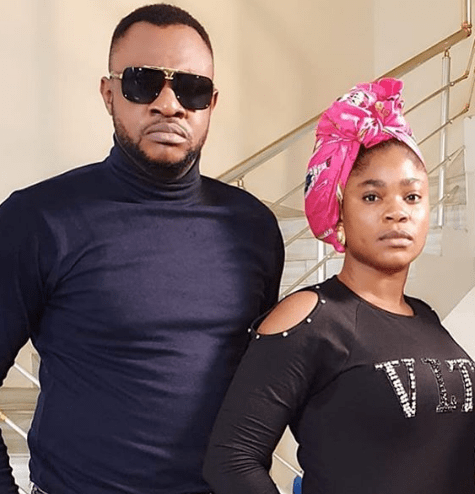 The relationship between my boss and I, Odunlade, is that of a boss and subordinate. I’ve known him for like over 10 years now. I’ve been in the industry for the past 16 years. I was somewhere before I went to school and came back to the industry,

What are the challenges of being a movie producer?

It has not been easy. Let me say capital wise you know you have to source for money, source for people who will help you handle the jobs because you cannot do it alone. I will just say I am at the right place and in a good hand. Whenever I want to produce my job, my boss always gives me time which is always okay for me because I know he brings out the best out of the job. Basically, I’m not always in a rush to do anything. I’m just privileged to be under somebody that is helping me out.

What is your first movie as a producer?

Daramola, that was my first production,

What was the challenge and experience?

The experience was not good because it was my first-trying to source for money, trying to think of the character, thinking of how to pay the people on set, and their welfare. As a producer, all the casts and crew members are on your neck. So you just have to look out for their well-being.

Were your parents in support of you being an actress?

No. Actually, my dad wanted me to be an accountant. So he was against it before he died. And I promised him that I was going to finish my education, do whatever he wanted want me to do but at the same time I love acting. Acting is always what I’ve always wanted to do even when I was in secondary school. It has always been there. So, when I graduated I went into acting.

How did you get to meet him?

I met him in 2009 when I went to a location I think with the late Moji Olaiya. I saw him and I went to him. I told him I was a big fan and that I will like to join him. He then said he does not have a caucus in Lagos that his school is in Abeokuta. That was how it all started.

Did you go living in Abeokuta then?

No. I usually go for rehearsals every Wednesday. And I may come back that day if it’s not late or next.

Is that why you appear more in his movies?

Maybe I should say I make myself available for his movies. He will not call you to say he has a role for you. He is a very disciplined man. So whenever I hear that there’s location in Abeokuta, I would pick my bag go there immediately.

So you have an automatic slot with him?

Because I am under him. Definitely everyone has a slot so far you make yourself available.

So what has been your experience, I mean, with male folks, male fans, I see a lot of comments on your Instagram page.

It’s not been easy. Some will call you a snob because most of them do not understand you. I’m not really an outgoing person so whenever they meet me, we just greet and move from there. Most want to create a relationship which I am not ready for.

Is that why they say you’re a snub? Don’t you want to make friends?

Not that I don’t want to make friends. It’s just my nature and at the same time, they don’t understand. Okay, you want to take a picture with me and you want to hold me and we are outside. I mean it’s not okay at all.

How do you reply your male admirers without knocking them off?

I don’t always know what to say and I don’t want to be rude. So it’s better to ignore.

But what about the male folks in the industry, those who admire and love you? How do manage them, mixing emotions with profession

It depends on how you relate with them. I’ve people who have asked me out in the industry and I turned them down. You hear people say that in the industry they sleep with one another. But it’s what you want. Nobody can force you to do anything in this life. It takes two to tango. So anybody that’s harassed put herself in that position.

Have you been harassed sexually on a movie set, like no sex no role?

Never! At what age?

How do you manage your fellow ladies- the betrayal, the gossip?

That’s a good question. I am more of an introvert, I don’t really go out. So most times, I have, you know, lovely people around me like my siblings. And most times, I don’t associate more with my mates. I associate with people who are older than I am. They tell me things and put me through about life, so you won’t see me where they are gossiping. I can’t control what people say about me but I can control their perception of me. Anybody that gossips about me it’s their choice, but you won’t see me gossiping about people because I won’t put myself in that situation. So you don’t just say anything about me. That doesn’t mean I don’t go to party.

You just came back from traveling from Ibadan and tomorrow you’re going on a movie set, Wednesday in Abeokuta, how do you balance this with the family life?

Well, my people understand the kind of job I do and they understand me.

The relationship between my boss and I, Odunlade, is that of a boss and subordinate. I’ve known him for like over 10 years now

How do you find time to relax with your busy schedules, movie location and everything?

Most times I take two days off or a week and travel out of the country.

What else do you do aside from acting?

There are other things I will be doing in the future. I’m a business person. Let’s see how things unfold.

It is often perceived that Yoruba movies are local and English is ‘posh’ and English actors make more money than Yoruba actors.

It is because they shoot their own films in English. There’s nothing spectacular about them and they can see us as razz people. Most of their productions are low budget productions. All those ones they did in Onitsha. They don’t have storylines. We do. Yorubas believe in helping one another. Feature in mine and I will feature in yours which doesn’t happen in English Nollywood movies.

Yoruba movie industry is always based on relationships which is killing the business aspect of the industry. It’s one of the things I’m not happy about. You call me for a role and you want to pay me 200k for a role I should collect like 1million for. It’s not nice. And if I agree to do it for 200k that means I will call you to do mine for me for that amount.

So professionally the English part of the industry has the edge

They are not doing anything spectacular. We have a better story line. But we need to invest. They are investing their money in it. That is all they are doing. Absolutely, nothing else. So we need to cut our low budget productions. If you want to produce like five films in a year, reduce it to two or one, put your money together and produce that just one film and make it a standard one.

I’ve not seen any Yoruba movie in the cinema yet.

There are Yoruba movies in cinema. Yes. Some Southwest cinemas take it from us but if it’s not like 70% English and 30% Yoruba, some cinemas like Silverbird will not accept it from you.

You’re planning on working on cinema movie. Would you be producing a full length Yoruba movie?

Most definitely. I won’t want to do that because even this life, you have to mix both Yoruba and English together.

Are you a twin because people call you Ejire?

Yes, I am. I have a twin sister. We look alike but not very identical. 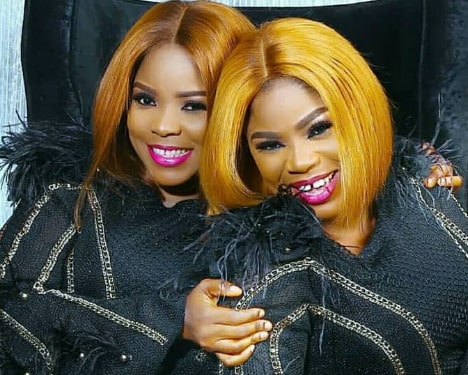 Are you bringing her into the movie industry?

No. She’s not interested. People say I’m shy, but she’s more shy. She knows what I do but she can’t be part of it. But she supports.

Why don’t you use the name Taiwo, why Eniola?

She has her own name. I’m Taiwo, she’s Kenny. She’s Lolade and I’m Eniola. People know us.