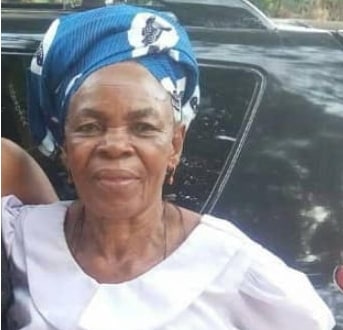 Madam Cecilia Attah, has been reportedly killed by her son at Nru, in Nsukka Local Governments Area of Enugu State.

The 73-year-old woman was killed yesterday by her son who used a plank to hit her on the head, following a slight argument.

It was gathered that shortly after killing his mother, the suspect ran to the nearby Nsukka Police Station to report that his brother wanted to kill him.

Apart from the suspect, the deceased is said to be the mother of a priest, Rev Fr. Nobert who is now on sabbatical at the United States of America, USA, with Athanasius Igwenagum Attah, 54, as the eldest.

Athanasius, a panel beater at the Mechanic Village, Nsukka, was seen at Nsukka Police Station, yesterday, making a statement over the issue.