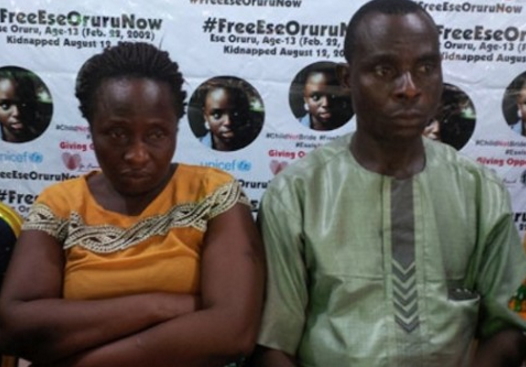 See excerpts of a recent interview Onome Oruru, the elder brother of Ese did with Punch NG. 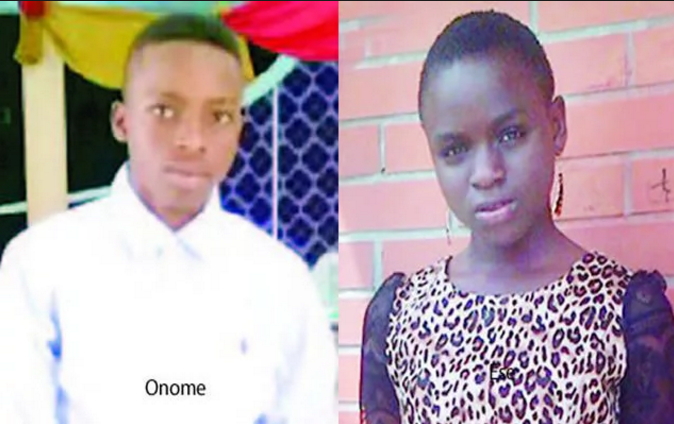 How old are you?

How did you know?

Because my mother told me so and that is the date I celebrate my birthday every year. I just graduated from secondary school last year here in Bayelsa State, at the age of 16. All my peers are in my age bracket. I am certain of my age because I am old enough to know. Ese and I attend the same school. She was in JSS3 last year when she was taken away. 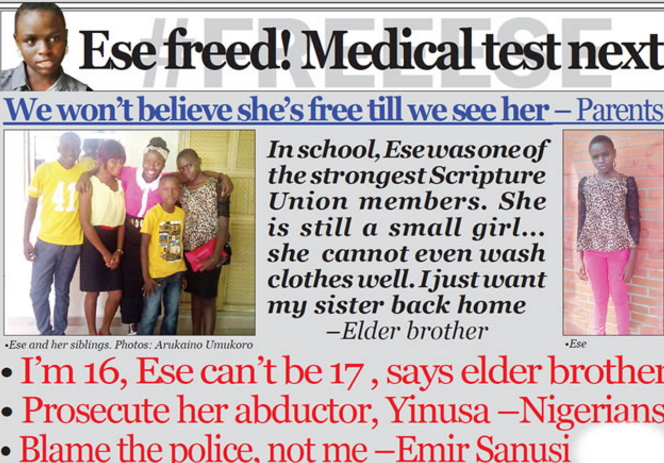 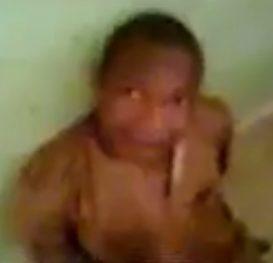 What will you tell people who claim your sister is 17, and not 14 years old as your mother has said?

It is funny that these people are saying all sorts of things about my sister and her age. Everybody can see it, it is clear. I can’t be 16 years old, and my younger sister will be older than me. How can she be 17 years old, when my immediate elder sister, will clock 19 years old on March 7 this year? We all have about two years’ age difference in between. Ese clocked 14 on February 22.

Do you know the man who took your sister away?

Yes, Yinusa is one of these normal Hausa guys around. We usually call them aboki; they sell things in our area.

Did he look like someone who could abduct your sister?

Not at all; he looked very innocent and went about his business without complaint. When I heard he was the one that abducted my younger sister, I was very shocked and surprised.

If you look at his face, he looks like someone who cannot hurt a fly, and he was sometimes playful. I didn’t believe he could do such a thing. Everybody in the compound knew him because he used to supply water before he became a keke Marwa (tricycle) rider.

Some people also claim that your younger sister said she does not want to come back home to Bayelsa, but that she wants to stay in Kano.

I do not believe them at all. Even if she said that as they claim, then it means they are the ones manipulating her to say such things, because Ese that I know cannot say such a thing.

Ese is that kind of person that does not even want to become a Muslim at all; she would not even dream of it. In school, she was one of the strongest Scripture Union members; I know her very well. Then, she also used to tell me to come and join the SU. She did evangelism during break time most times.

What kind of person is your younger sister?

Ese is still a small girl and cannot decide many things for herself. Ese cannot even wash clothes very well. She likes singing and she was a chorister in the church. She likes preaching and praying. She used to preach to me and my friends. All those things they are saying she said are not true; they are manipulations by those people. I am sad about all of this. I just want my sister back home.

‘We’ll believe Ese is free when we see her’

The parents of 14-year-old Ese Oruru have dismissed says their daughter is 18 years old, and not 14.

Ese had been abducted in August 2015 by one Yinusa, aka Yellow, who was a longstanding customer of her mother, Mrs. Rose Oruru, a food vendor in Yenagoa, the Bayelsa State capital.

Yinusa took Ese, who was 13 years old at the time, to Kano where she was allegedly converted to Islam and forcefully married.