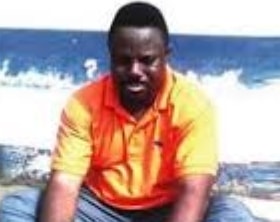 A man identified as Evangelist Benjamin Uzoma is currently cooling in prison after he allegedly had carnal knowledge of a 10 year old girl in Benin city Edo state.

Benjamin who pleaded not guilty was today arraigned at the Edo Family Court on two count charges bothering on indecent assault and having carnal knowledge against the victim’s will.

He was said to have committed the offence at No 6 Oviawe Street, Aduwawa Quarters in Ikpoba Okha local government area of Benin Edo state.

The accused was said to have forcefully removed the pants of the victim, applied cream to her vaginal and lay down on her against her will, an offence punishable under section 222 of the Criminal Code.

He was also alleged to have defiled his victim, an offence punishable under section 218 of the Criminal Code.

During hearing of the case Wednesday, the court was informed that the accused committed the offence a day after he had a prayer session with victim’s family.