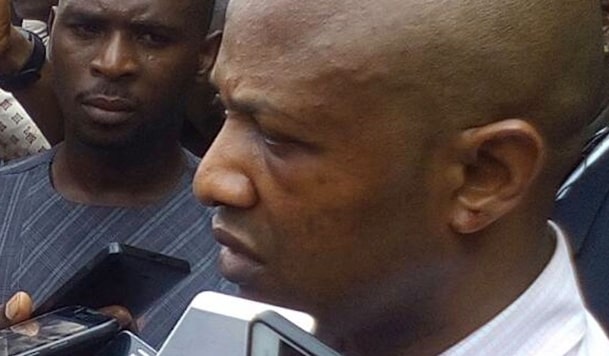 An High Court in Lagos on Wednesday heard that suspected billionaire kidnap kingpin Chukwudumeme Onwuamadike, aka Evans, made confessional statement to the police, under duress.

Evans told Justice Adedayo Akintoye that he signed papers given to him by the police, so as not to be tortured to death.

He claimed that members of the Inspector-General of Police (IGP) Intelligence Response Team (IRT), who arrested him in 2017, intimidated him by executing suspected criminals in his presence, before assaulting him.

In the first charge, he is standing trial alongside Joseph Emeka, Ugochukwu Nwachukwu and Victor Aduba.

In the second charge, he is joined on trial with Joseph Emeka, Linus Okpara and Victor Aduba.

At the resumption of his trial yesterday, Evans alleged that the IGP IRT tortured suspects to death by suffocating them with plastic bags and threatened to do same to him if he failed to cooperate with them.

He claimed that sheets of paper were brought for him to sign, adding that some of the papers were blank, while others had written content.

He said: “When I asked what I was to sign, the police officers slapped me and quenched a cigarette on my hand.

“The officers beat me up and told me that if anything happened to me, no one would know. They hit my head and blood gushed out. The scars are still on my head.

“When I saw how five men, who were paraded with me were tortured and killed, I agreed to sign the papers because I was afraid.”

He said the contents of the papers he signed were not read to him and there was no video recording during the statement taking process.

He testified during a trial-within-a-trial conducted to ascertain whether his statement was admissible or not.

He was led in evidence by his counsel, Mr. O. I. Ajanaku.