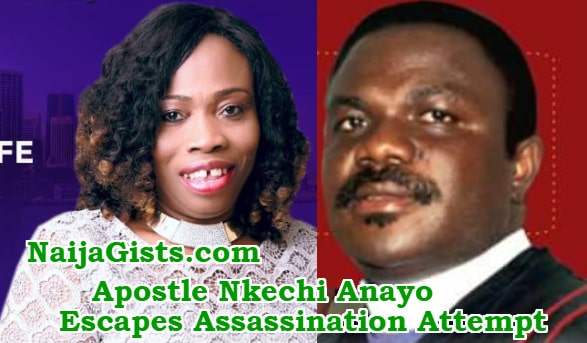 According to The Nation, the attack was carried out last week Thursday around 8pm at Alakija Bus stop.

Here is what a member of the church who spoke on behalf of the ministry said about the attack.

“On February 4, 1995, Iloputaife was killed by an assassin. The bishop and his wife, Apostle Nkechi, had just returned home when the men besieged their Festac Town, Lagos, home and attacked everyone inside. They ordered them to lie on the floor. They later shot the bishop in the head and his wife in her right arm, thinking they were dead.

“Since the incident, the bishop’s wife has been leading the ministry. We don’t know why they are after her life because she is not a politician. She is a minister of God, who has been performing church duties.”

“It was God who saved her. Her vehicle was riddled with bullets, but God protected her”.