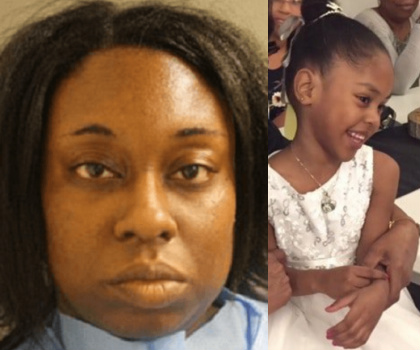 June 20, 2017 – Woman Stabs Her Daughter To Death After Fight With Boyfriend In Houston Texas, Tells Father She Is In Heaven

34-year-old Laquita Lewis has been charged with a capital murder for stabbing her own blood daughter to death on Sunday shortly after a fight with her boyfriend.

The Houston resident being held without bail was arrested after sending a text message to her boyfriend saying their 4-year-old daughter, Fredericka Allen was dead and in heaven.

According to police report, she stabbed the innocent girl multiple times in the chest on Sunday before she stormed out of her apartment and got into a car crash on highway I-10.

A Go fund me page has been opened to raise money for the burial of Fredericka.