Apparently, 2 white doves released by the Pope and some children on Sunday as a peace gesture over Ukraine were brutally attacked by two other birds. 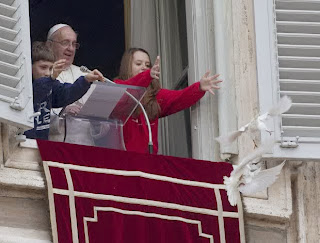 Several people watched in horror today as a black crow and a seagull descended on the doves moments after they were released. 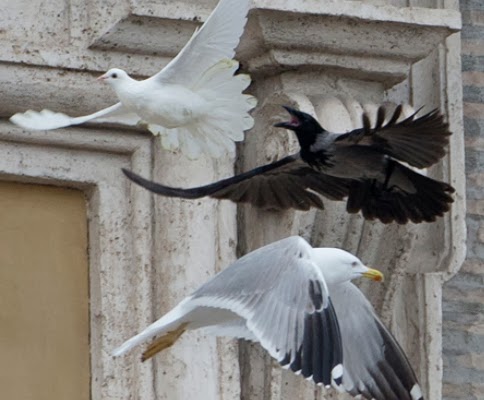 The black crow was the most evil of the two birds, it pecked repeatedly at one of the doves while the seagull only pull some feathers from the first dove.

The pope calls for peace in Ukraine where several anti-government protesters have died.

Still unsure what happened to the two doves as they flew off moments after the attack.

How coincidental! This attack is very symbolic.