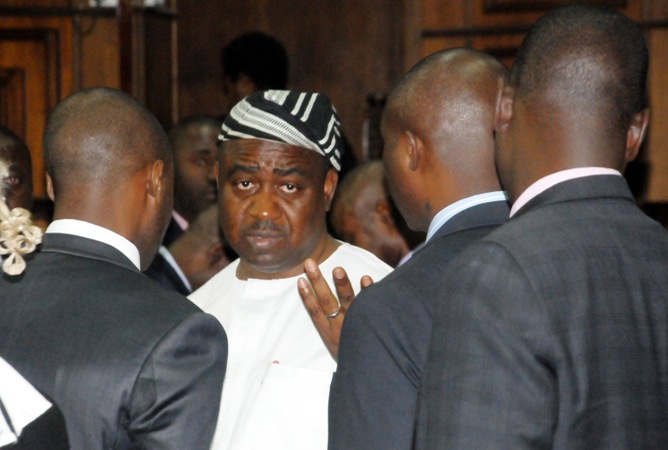 After spending over 4 weeks in DSS custody, former Benue State Governor Gabriel Suswam is still unable to get bail.

We learnt that his lawyer Mr J.B Daudu arrived Abuja from Kaduna on Monday to press for his bail.

The DSS is still investigating the ex-governor for alleged link with a militia leader, Terwaze Akwazza (a.k.a Gana) who has held three local governments (Logo, Katsina-Ala and Ukum) captive in Benue State.

The continued detention of the former governor is said to be for “security reasons.”

The recent invasion of Zaki-Biam by unknown militia was said to have fuelled the decision of the DSS to hold on to Suswam.

Some supporters of the ex-governor, however, suspect that he is being detained because of the forthcoming June 3 local government poll.

Suswam has been battling for bail after spending one month and eight days in custody.

Continue Reading
You may also like...
Related Topics:benue, dss, governor