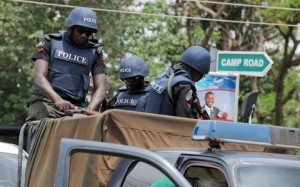 The former Chairman, Bayelsa State Butchers Association (BSBA), Mr. Chibuzor Nwachukwu, has been ambushed and assassinated by gunmen in Yenagoa, the state capital.

The gunmen, suspected to be cultists, were said to have shot at Chibuzor on the head and shattered his brains in cold blood.

It was learnt that the assassins laid an ambush for Chibuzor in front of his residence on Ogilo Street, an area notorious for cult activities in the state.

He was reportedly returning home from the Swali Market at about 8pm on Tuesday when he ran into his killers.

The 42-year-old Chibuzor, hailed from Nkanun Community in Enugu State and was married with four children.

A source, who spoke in confidence, said it was a case of assassination adding that the killers escaped with their victim’s shirt and his android phone.

He said: “He was already at the door of his apartment when some boys, who were hiding in the area shot him. They aimed at his head and shattered his brains. He was killed in an execution-like style, raising suspicion that it wasn’t a robbery attack.

“We don’t know the motive behind the killing. He was a former chairman of the butchers association and he left the office after some controversies. It has been long he left his office. So, we won’t say it was the dispute that led to his killing”.

The Police Public Relations Officer, Bayelsa State Command, Asinim Butswat, confirmed the incident and said policemen visited the crime as part of ongoing investigations to unmask the identities of his killers.