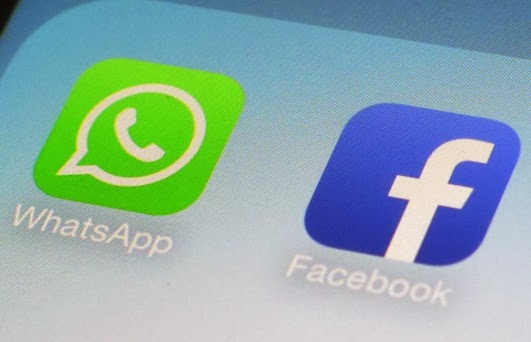 Do you remember the turn of event that saw yahoo rising all the way to become the no 1 tech giant of the 2000s? Let me refresh your memory. Yahoo! Had taken its time with its homework geared towards strategically positioning itself for the future and so began rolling out services carefully engineered for its distinct target markets by integrating innovation with both fun and user-friendliness. Of course it had competition, in fact it had fierce competition, but it didn’t take long before it began gaining dominance and therefore relevance, and before you could say Jack, it had worked its way to the very top.

It’s been over a decade and a whole lot has happened in the global tech landscape. Somewhere in Cambridge in the year 1994, Mark Zukerberg unveiled Facebook to the world. It wasn’t one of those eye-catching awe-inspiring start-ups you would want to invest a dime in, but Mark wasn’t through yet. He took that seed of a start-up from a mere social website you’d think twice before signing up for, to a world-class full-fledged tech company that every dick and Harry on planet earth would want to put their last Kobo into, by way of investment. Time came and passed with Facebook going public, selling at a whopping $35, a first of its kind you’d say.

But then again even more things have happened. Five years after Zuckerberg launched out, Jan Roum and Brian Acton, who were previously employees of Yahoo! began thinking of a messaging platform that would cut across board for all mobile devices, irrespective of whether you used a Blackberry, an IPhone or a Samsung. The soon-to-be billionaires had given little thought as to how far reaching, the effect of the product of that endeavor on the global tech space. Fast-forward to 2014 and that little startup whose hope of standing shoulder-to-shoulder with messaging platforms like BBM, Yahoo Messenger and the rest was slim to none, has today risen to so much dominance that it now boasts of over 450M MAUs, about 70 percent are active, a feat, BBM with all of its might and recent distribution-across-all-major-mobile-platform strategy couldn’t achieve.

No doubt, like empires, tech-startups rise and wane, but have you ever wondered why Yahoo has not completely vanished from the international tech space? The answer to that, is explained by the events of the last few days. Both the international tech landscape and the wider world looked on in awe, admiration and conglomeration of undefined feelings when Facebook’s Mark Zuckerberg announced the acquisition of the messaging giant WhatsApp for $16B in both cash and stock.

With a staggering addition of one million users every single day, I had thought that Google, whose keen eyes are always detecting and acquiring every necessary promising tech start-up would have swooped in and bought themselves a new toy, but amazingly this didn’t happen. Could it be that there is something Google has seen and steered clear that Zuckerberg hasn’t seen yet, or has seen but believes his Midas touch would naturally rectify? ‘Cos I have failed to understand why even when it was strikingly clear that ”the messaging volume of WhatsApp approaches the SMS volume of the entire global telecom industry” Google didn’t go in for the kill.

It is no longer news that Facebook fields over one billion users, neither is one that research has indicated that Facebook in a few years’ time would begin running the risk of becoming irrelevant. Just like the core business that brought both Kodak (chemical and film development) and Yahoo! to limelight eventually got replaced by better technologies and approaches, I believe that Facebook has seen the future and like proverbial traveller headed for Sochi would arm himself with the thickest of winter Coats and accessories. Nice move Mark, ask me, and I’ll tell you that that acquisition deserves every Cent invested therein.

[About the author: Igbokwe Ifeanyi Writes from igbokwe.ifeanyi@gmail.com]

4 thoughts on “Facebook Buys WhatsApp For $16 Billion: My Take On The New Acquisition”