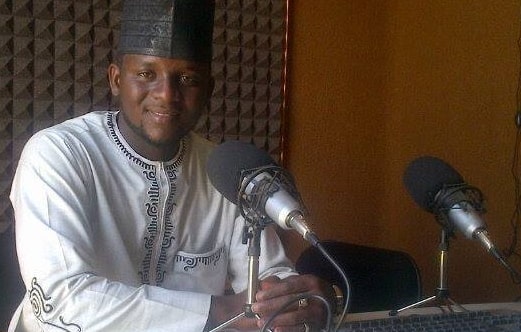 Umar Ridwan, Kaduna based OAP who recently lost his job for supporting President Buhari via Facebook.

He was fired from his position as the presenter of a youth program for posting PMB’s achievements on his Facebook page.

Umar Ridwan said the station had earlier given him a two-week suspension for posting “political matters” on his personal social media pages.

On how he lost his job at DITV Alheri Radio, Umar said:

“After some consultations with industrial law experts, I discovered that the station has no right whatsoever to interfere with my personal activities, as long as it does not affect my duty as a presenter.

“So, on my resumption from the suspension, I shared a tweet on the defunct Nigerian Airways pensioners’ fund release, posted by the Minister of Finance Zainab Ahmed. The management apparently got angry and decided to fire me.

“After a few days, I was invited to pick a letter, stating that my services were not needed. I was also given a one-month salary, with no allowances”.