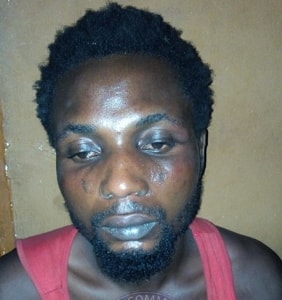 Adeite, whose address was not provided, was alleged to have collected the money from his victim to appease the gods over a vision he saw that the woman would die.

The accused was charged with obtaining under false pretenses contravening Section 322 of the Criminal Law of Lagos State, 2011.

The Police Prosecutor, Insp. Akpan Ikem told the court that the accused committed the offence sometime in March at Ikoga area of Badagry.

“The accused collected the money from the complainant, Mrs Emmanuella Obafemi, to appease the gods over a vision he saw that the woman would die.

“He converted the money to his personal use and went on a spending spree but later ran away when he realises that the police were after him.

“He was later arrested, brought for questioning and charged before this court,” he said.

The accused person pleaded not guilty to the charge.

In a ruling, Chief Magistrate, Jimoh Adefioye granted the accused bail in the sum of N500,000 with two sureties in like sum.

Adefioye said the sureties should show evidence of tax payments to the Lagos State Government.

He adjourned the case until May 23 for mention. [NAN]