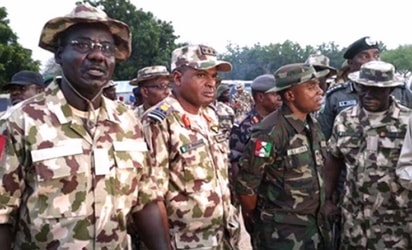 It has now been discovered that the rampaging herdsmen killing innocent people all over the country are members of the dreaded Boko Haram sect who fled Borno  and other Northern States due to military invasion.

In a statement issued by the Military on Friday, a Key Boko Haram suspect behind the recent massacre in Benue state, Aminu Yaminu aka Tarshaku  has been arrested.

The same suspect is said to have concluded plans to carry out major attacks in Borno, Bauchi, Nasarawa and Yobe states.

His arrest was made possible by DSS operatives and 707 Special Force Brigade in Makurdi.