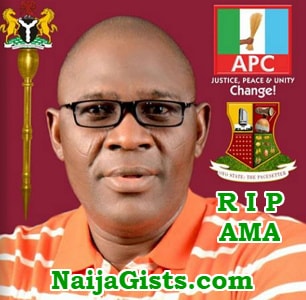 A former lawmaker of the Oyo State House of Assembly has passed on.

According to a family source, Hon Adeyemo suffered heart attack early this morning and was rushed to the hospital where doctors pronounced him dead.

The Eruwa born politician represented Ibarapa East LGA of Oyo state in the Oyo House of Assembly and became speaker of the House in 2015.

His body has been transferred to the mortuary.