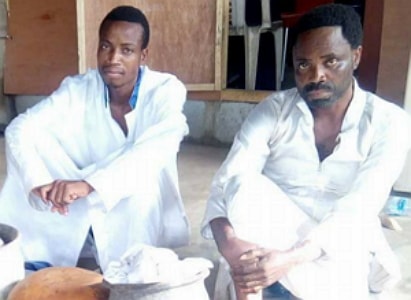 Police in Delta state today arraigned three fake prophets who allegedly defrauded an applicant of N100,000, in a Magistrates’ Court in Asaba.

The Prosecution Counsel, Mrs. Rachael Offor, told the court that defendants committed the offence on Sept. 14, at the Prescott Hotel in Asaba. Offor alleged that the defendants told the complainant, Miss Loveth Isibor, that they were prophets who have powers to deliver her from any afflictions.

She said that the offence was punishable under sections 516 and 419 of the Criminal Code Cap C21 Vol, laws of Delta State of Nigeria 2006.

After the charge was read to them, they pleaded not guilty.

The Magistrate, Mrs. Edith Anumodu, admitted the defendants to bail in the sum of N100,000 each with to sureties in like sum.

Anumodu adjourned the case until Oct. 15 for definite hearing.