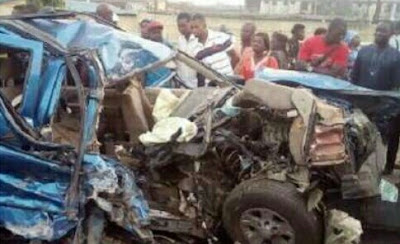 At least 8 persons died in a car accident that claimed the lives of 8 persons including a pregnant woman in Jahun LGA of Jigawa state over the weekend.

The driver of an Honda car with licence plate # AA 160 KMC was trying to avoid hitting another motorist when he lost control of the vehicle and rammed into people waiting at a bus stop at  Jahun Roundabout on Saturday.

According to an eyewitness, a pregnant woman who was among the victims was rushed to the emergency ward but all efforts by doctors to rescue her baby failed.